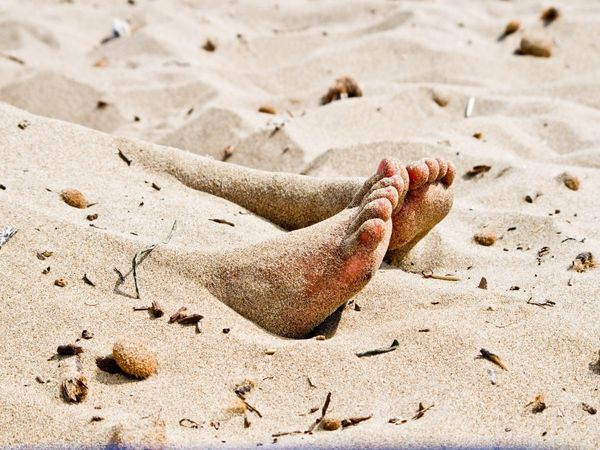 On Saturday morning, the accused, identified as Sandeep Jain (28), lured the minor Dalit girl to his room with the intention to rape her. When she resisted, he severely assaulted her with a wooden stick.

Jhansi: An eight-year-old girl, belonging to the Dalit community, was brutally bludgeoned to death by a 28-year-old man after she resisted a rape attempt by him. The incident took place in Jhansi city of Uttar Pradesh on Saturday.

As per reports, around 6:30 am on Saturday, the minor girl left her house to fetch milk. When she didn’t return home for a considerable time, her family members flared up in a frantic search for her. Hours later, her blood-soaked body, wrapped in a cloth, was found at a vacant plot. Following this, police were informed and an investigation was taken up.

The investigators established the involvement of a labourer, who lived nearby, in the crime. “Within hours of investigation and statement of the victim’s father, it was established that the key accused is Sandeep Jain, who by that time had absconded from the place. His brother Hero, who is the caretaker of the market place, was interrogated for leads. He told the police that he was working here for quite some time and lived in a room in the backyard of the market place,” a report by The Times of India quoted the police as saying.

The police, acting swiftly, arrested Jain from neighbouring Madhya Pradesh’s Tikamgarh. During questioning, he told the cops that he lured the minor girl to his room with the intention to sexually assault her. When she resisted and raised an alarm, he severely battered her with a wooden stick. He also hit her with a stone. She suffered serious injuries that resulted in her death. After this, he wrapped her body in a cloth and dumped it in the plot.

Police said a case has been registered against Jain under sections 302 (murder) and 201 (Causing disappearance of evidence) of the Indian Penal Code and relevant sections of the Protection of Children from Sexual Offences Act and the Scheduled Castes and Scheduled Tribes (Prevention of Atrocities) Act. Charges under the National Security Act (NSA) have also been invoked against him, police added.