Sibal noted while an FIR had been filed, no arrests had been made 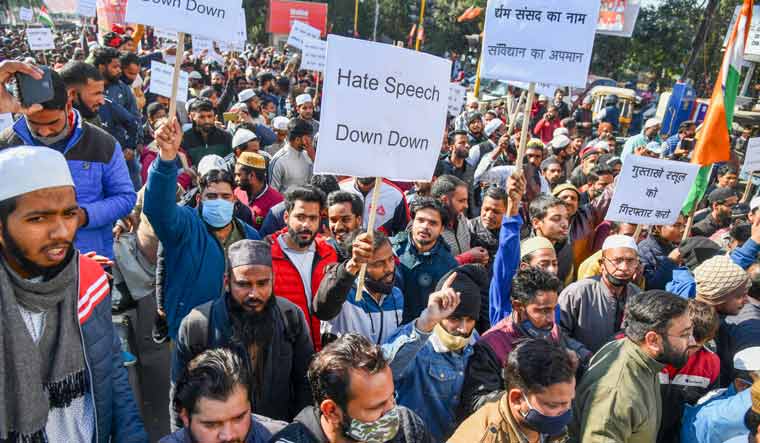 (File) Muslims protesting outside the police headquarters in Dehradun against the Haridwar conclave | PTI
The Supreme Court on Monday agreed to urgently hear a public interest litigation seeking criminal action against recent events in Haridwar and Delhi where hate speeches were made.

The petitioners sought urgent attention of the Supreme Court into hate speeches delivered between December 17 and 19 in separate events—one organised in Haridwar by Yati Narsinghanand and the second conducted in Delhi by the Hindu Yuva Vahini.

Appearing for the petitioners, senior lawyer and Congress leader Kapil Sibal noted while an FIR had been filed in Uttarakhand against the Haridwar event, no arrests had been made. Sibal told Chief Justice of India N.V. Ramana “Without the intervention of your lordships, no action will be taken,” Live Law reported.