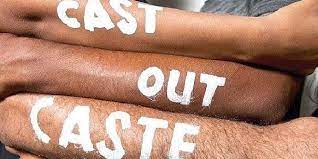 The Anamalai police have registered a case against seven persons on charges of assaulting an 18-year-old Dalit youth.

The police said that Kesavan, Kalimuthu, Raman, Rasathi, and Ramasamy of Makkal Sakthi Nagar and two guest workers were booked based on a complaint lodged by S. Hariharasudhakar. The alleged assault happened on the night of January 6.

The police said that Hariharasudhakar had earlier worked in the farm of Ramasamy aka Major Ramasamy. His complaint said that he was in love with a girl working as housemaid at Ramasamy’s house. He continued to contact her over phone even after he stopped working for Ramasamy, the complaint said.

It said thatHariharasudhakar went to the house of Ramasamy on the night of January 6 under the influence of alcohol and demanded the inmates to allow him to meet the girl. Kesavan, Kalimuthu, Raman, Rasathi and two guest workers who work for Ramasamy assaulted him on the instructions of Ramasmy, his complaint alleged.

He got admitted to the government hospital at Vettaikaranpudur the next day and lodged a complaint on Saturday.

Various organisations, including Dravidar Viduthalai Kazhagam, has urged the police to book the accused under Sections of the Scheduled Caste and Scheduled Tribe (Prevention of Atrocities) Act.

Note: This news piece was originally published in thehindu.com and used purely for non-profit/non-commercial purposes exclusively for Human Rights objectives.