About two years ago, a 40-year-old widow is raped by two men forcibly entering her broken hut in the middle of the night. In the morning, when she tells the neighborhood and her relatives, people start blaming her. The matter is suppressed by listening to her, but after a few months she reaches the stage of becoming a widowed mother.

And then from here, people start managing the matter from village to police station. The incident is from Narayan Soso village in the Ungad block, about 25 km from Ranchi, the capital of Jharkhand. Many people, including the head, relatives, the neighborhood believe that the victim was mistaken, raped, but the accused have not been punished even till an FIR has been filed against them.

The condition of not writing a woman name from the village says, ‘There was an attempt to suppress the incident in every way. A first meeting was held about this in the village. The woman was asked whose child it was, when she told the name of the accused, people started blaming her on the contrary. Then we a lot of women of the village along with him (the victim) went to the police station at night on October 4, 2018 and kept asking them to file an FIR, but the police station in-charge did not register.

She further says, ‘When I raised this matter, the accused threatened us. The women of my village were told that any day when I would go out alone at night, they would pick me up (kidnap).

The victim’s husband died of the disease five years ago. She currently raises her children working as a daily wage laborer. In this case, the victim, who first told the whole thing on the morning of the incident, also believes that something went wrong with her, but due to the pressure, some shy away from speaking. At the same time, according to the family of the victim, he reached the police station in the case, but nothing further happened. 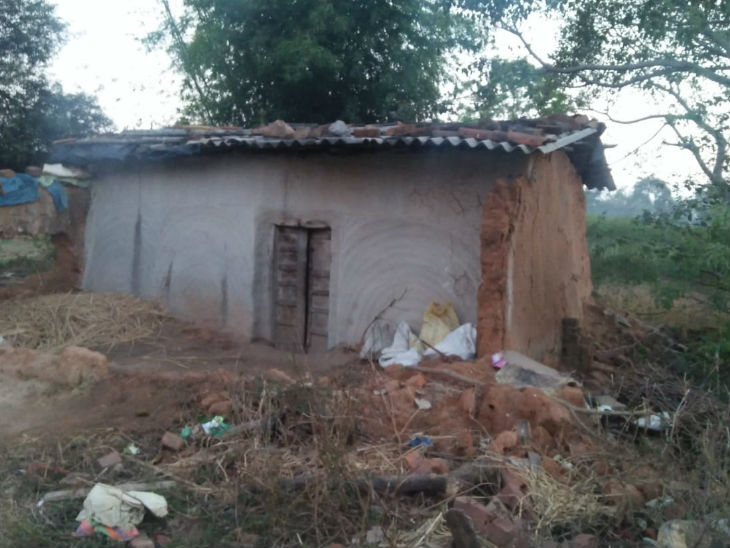 Victim’s home. Her husband is dead, working as a laborer.

Anganwadi center workers refuse to say anything about this, but they definitely say that the girl was born on December 2, 2018. Then his weight was two and a half kilos. The victim had three more children (two daughters, one son) before the child was born after the rape.

Some women in the village believed that the girl was sold. Then the victim’s family and the victim himself had not told anything about it. Two accused, who hail from a nearby village, were named in the case. Lalku Potter and Raju Potter. Both of them declared themselves innocent.

The Lalku potter said in one of his statements, “At the behest of the villagers, he gave Rs 15,000 to the victim. Now his responsibility is over, he does not know where and when the child was born. ”

Then the incharge police station in-charge Shankar Prasad had said, “The accused and the victims’ side are ready to resolve the matter among themselves.” What can they do now? And the accused party has also taken up the responsibility of looking after the child who was born in the stomach of the victim, but if the victim comes and gives the application today, then we will register the case.

To this, the women of the village say, “We took him (the victim) to the police station.” She works poor, is illiterate. Now tell me how she will write the application. When we were applying on his consent that he should file a case, he (in-charge of the station) did not. The head of the village, Madhusudan Munda, believed that even if there is a case and the victim gets justice, the villagers held the meeting without telling them and pressed the case. 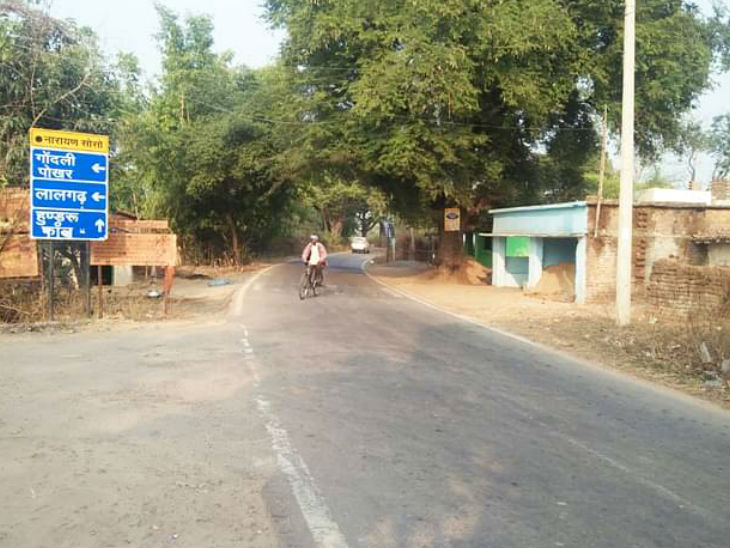 The incident is from Narayan Soso village in the Ungad block, about 25 km from Ranchi, the capital of Jharkhand.

However, when the news of the sale and rape of the child was published, the Ranchi Child Welfare Committee intervened in the case. Through SP, the matter reached Silli DSP of Ranchi. Then, after the instructions of investigation, the Ungada police station became active and searched the girl. The girl was soon recovered and handed over to the Child Welfare Committee.

Was there any FIR after that, in response to this then station officer-in-charge Shankar Prasad says, “No FIR was made during my stay. On whose statement would I file an FIR. The victim said that against whom he should file an FIR, he has to live there (in the village), he has to live and eat. There may be pressure on him, so he has not spoken against anyone.

When asked where the child was sold, what did the child sell ?, he said that it is not sold. Have given it to a relative from your heart to raise seed. However, she did not say where and to whom the child was given. Then, with the help of the villagers, the child was recovered from Rananda’s Doranda and handed over to the CWC.

The current police station in-charge of Anagada, Anil Kumar Tiwari, says that no one was ready to submit an application and hence an FIR could not be held. The girl is currently in the Adoption Center of the Government of India.

Ranchi Child Welfare Committee (CWC) chairperson Roopa Verma said, “We have come across reports that the victim was a rape victim. We recovered the child and did all the paper work first. After this, in law, we wait for 60 days, which we did.

In such a case, if the claimant like parents or other relatives come to pick up the child or child, then by setting up an inquiry, it is seen whether the claimant is right or not. If correct, the child or child is handed over. When no one came in the case of non-aggression, we gave the girl to the Central Adoption Resource Authority of the Government of India.

According to the law, if someone arrives after 60 to one day. Even his immediate parents come, so the child is not given to the child.