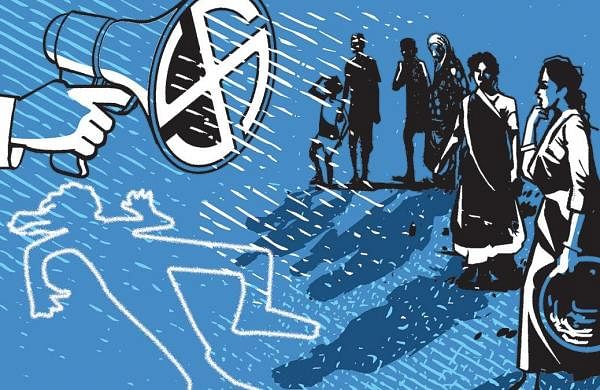 TIRUPUR: In yet another case of caste discrimination in Tirupur, a woman Dalit president of Kalipalayam panchayat has levelled allegations against her deputy for passing sexist remarks and harassing her based on caste.

She said though it is a reserved seat, it took a lot of effort to win the polls as the majority of the population belongs to a dominant community in the village. Sukanya said she started facing the heat within few weeks of assuming the office.

“The panchayat’s vice-president M Mohanraj, who belongs to the dominant community, and a section of ward councillors started troubling me,” she told TNIE.

Alleging that Mohanraj deliberately devised various tactics to subjugate her during the last few months, Sukanya, citing an instance, said, “He had sought a separate room in the panchayat office. There were just two rooms in the office and when I questioned the rationale behind his request, he declared that he cannot share a space with me, a Dalit and a woman.”

Because of his social status in the village, Sukanya said she forced herself to remain silent. “However, issues kept growing, and during a panchayat meeting held last month, Mohanraj again hurled casteist slurs on me,” Sukanya said.

Her husband, P Murugan, said he advised his wife to endure the difficulty as they lacked political or financial clout to fight back.

“My wife was undergoing severe mental stress. I told her to adjust to such situations. But for the past 10 months, M Mohanraj created many issues by levelling various allegations against my wife to hamper the functioning of the panchayat,” Murugan said.

Collector K Vijaya Karthikeyan told TNIE that he has asked the Superintendent of Police to launch an inquiry into the issue.

It may be noted that a similar complaint was raised by Kavundachipudur panchayat president R Selvi a few days ago. A ward councillor was arrested under provisions of the SC/ST Atrocities Act.