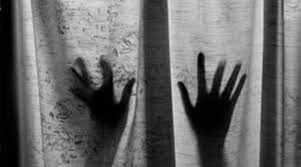 A sensational incident of murder has come to light from Mathura. Here a teenager was brutally murdered by strangulation and the dead body was thrown in the village puddle. On Wednesday, the villagers were stunned when they saw the dead body landing on the shore in the puddle.

Detailed
In Mathura district’s Thana Farah area, on Wednesday morning, the body of a Scheduled Caste teenager was found in a pond. He has been brutally murdered. One of his eyes was pierced with a stone. He was hit on the head and back with a heavy object. His mouth was tied with a scarf. It is suspected that the girl was murdered after the rape. On the complaint of the father of the deceased, a case of murder has been registered against four youths of the village.

In a village of Farah police station area, at around 2.30 pm on Tuesday, a 17-year-old girl had reached home from her house at the public facility center after getting a certificate and photo of Aadhar card. After keeping the certificate at home, she went to the village school to submit the photo state copy. After that the girl went missing.

The teenager, who was missing since last evening, did not reach home, so the relatives searched, but no clue could be found. On Wednesday morning, the villagers who came towards the fields were stunned when they saw the girl’s body in the puddle. Relatives also came to the puddle. On information, SP City Martand Prakash Singh and CO Refinery Abhishek Tiwari also reached. Police took possession of the body and sent it for post-mortem.

SP City said that on the complaint of the father of the deceased, a murder case has been registered against Hariom, Tarun, Jitendra alias Jeetu and Sachin of the village itself. According to the post-mortem report, the death was caused by strangulation.

The girl’s house is on the other side of the village, while the school is also in a different direction from her. There is no road through the puddle. There are also two ancient temples near Pokhar. Where devotees gather daily in the evening for Bhajan Puja.