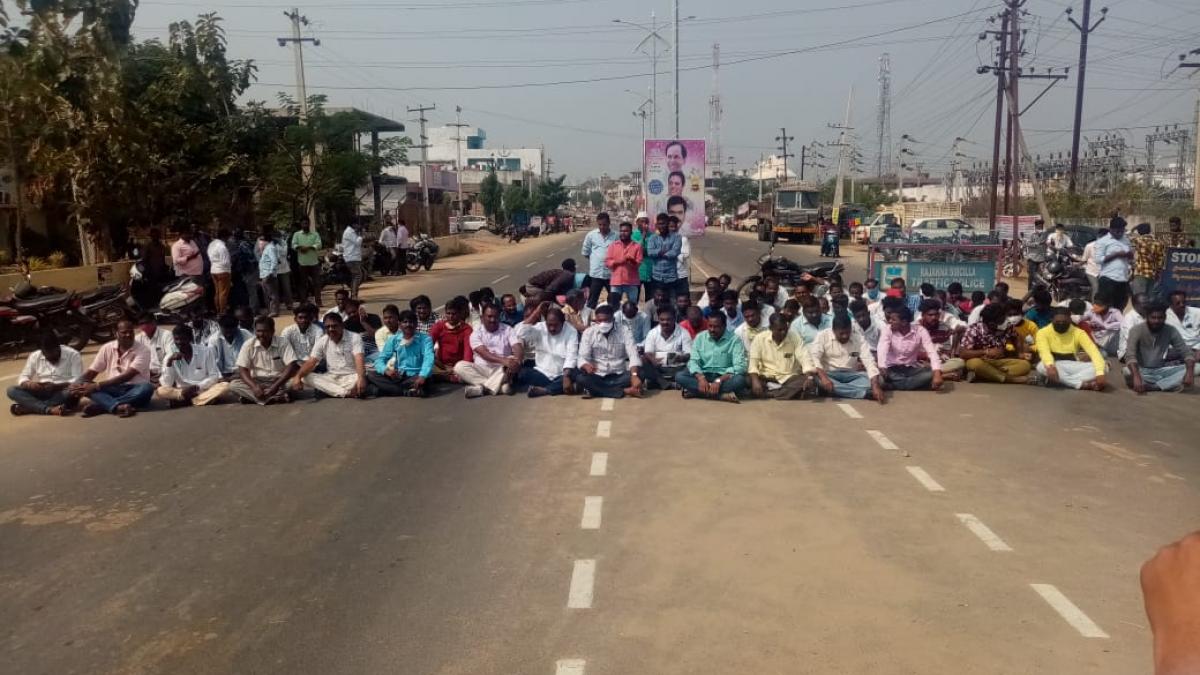 On January 21, members of the Dalit community held a meeting at the gram panchayat office in the village to plan the construction of an Ambedkar Community Hall on land which belonged to a Dalit family. However, the meeting did not result in a decision after people belonging to upper-caste communities allegedly attacked the organisers.

“BJP leader Sharat Reddy along with 35 members had disrupted the meeting. They abused Dalits, used casteist slurs and beat up people – injuring many – while shouting slogans like ‘Jai Shri Ram and Jai Modi and Jai Sanjay (Bandi Sanjay is the state president of Telangana BJP). Following the incident we filed a complaint against 15 people from upper-caste communities and the police booked them under the SC/ST act,” alleged Korri Anil, a member of the Dalit community from the village.

He added that Dalits staged a protest demanding the arrest of the accused. However, only one from among the accused has been arrested so far.

There are about 600 families in the village and some 130 families belong to Mala and Madiga communities while the remaining belong to Other Backward Classes (OBCs) and upper-caste communities.

“We held protests demanding that government officials take legal action (against them) for attacking Dalits. However, other caste groups in the village held a meeting and took the decision to socially boycott Dalits. Since then hotels and shops belonging to upper-castes are not selling food and items to Dalits, autos are rejecting Dalits and upper-caste landlords are denying work to daily-wage labourers,” said Anil.

He added that police officials called upon several members from all communities in the village and appealed against the social boycott of Dalits. “However, the situation continues to remain the same. On Monday, hamalis (loading and unloading workers) were again denied work by their contractor who belongs to the Yadava community,” alleged Anil.

Erravelli Nagaraj, district secretary of the Kula Vivaksha Porata Samithi said that the BJP was responsible for the social boycott. “Members of the BJP have encouraged upper-caste landlords to socially boycott Dalits. They are trying to divide people on caste lines and indulge in politics in the village. The government must intervene, resolve the matter and punish the culprits who attacked the Dalits,” said Nagaraj.

“The victims are asking for legal action against 15 people. However, those from upper-caste communities, with the support of BJP leaders, are boycotting all Dalits. Many poor agriculture workers in the village are finding it difficult to get work,” said Nagaraj.

Incidents of caste-based discrimination and atrocities have been on the rise in Andhra Pradesh and Telanagana.