In many small villages away from the district headquarters, even today, no Dalit groom can sit on a horse in front of the domineering house. This old ritual continues even today. 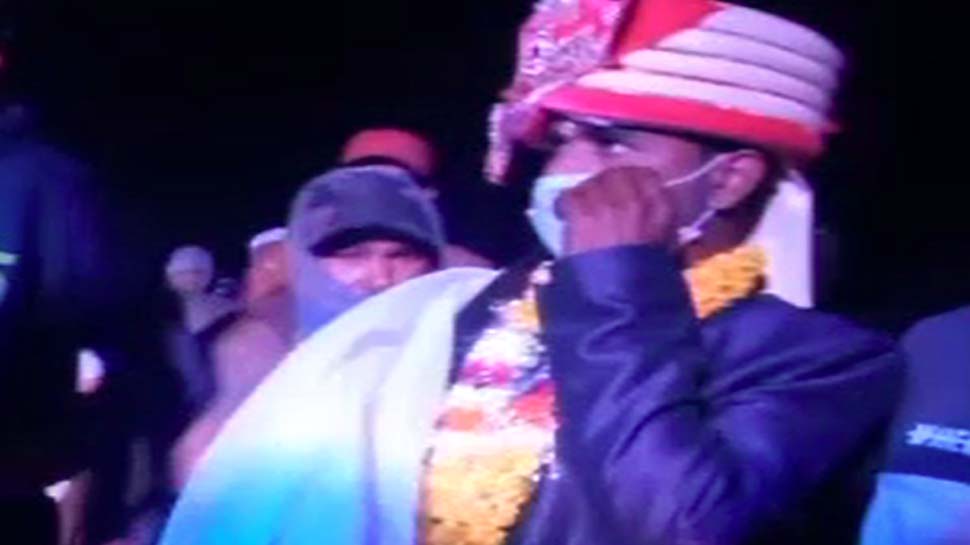 Manish Purohit / Mandsaur: In Mandsaur, Madhya Pradesh, there has been a case of stopping the procession of a Dalit by the bullies. Not only this, the bullies also removed the groom from the mare. Which caused controversy. Police reached the spot after getting information about the ruckus and explained to both the sides. After this, the procession took place in the presence of the police. At present, both the parties have not filed a complaint in this matter.

According to the news, the incident is from Kheda village of Badan ji of Suwasra police station area of ​​Mandsaur. Where a Dalit procession was coming out. As soon as the procession reached in front of the domineering house, the domineering stopped the procession and also removed the groom from the mare. There was a dispute on this matter. Police officers rushed to the spot with heavy police force on the notice of the dispute and explained to both sides.

‘Bride’ reached the police station just 3 days before the wedding, filed a case against the doctor groom

In fact, even today, in many small villages away from the district headquarters, no Dalit groom can leave the horse sitting in front of the house of the domineering. This old ritual continues even today. This is the reason why the bullies stopped the procession of Dalits. However, after convincing the police, both sides agreed and the matter was settled.

Historyheater was roaming around in a luxury car, the police pulled off such an arrogance

After this, the procession was taken out in the presence of police force. At present, neither party has given a complaint in this matter.