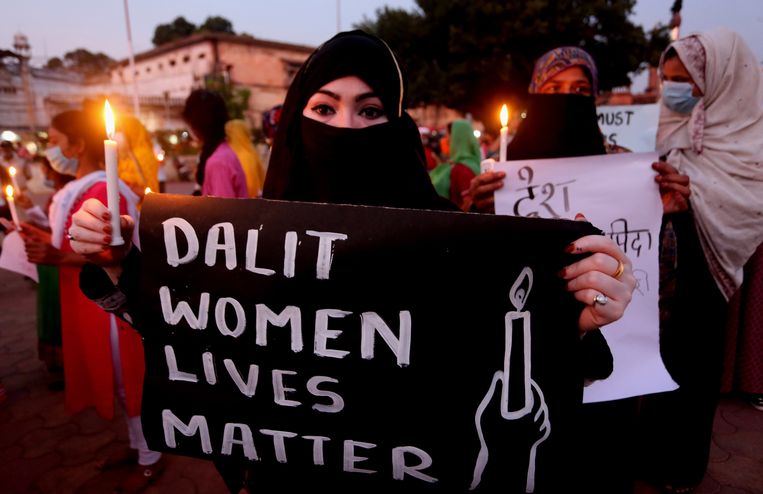 Activists in the fight against gang rape last year.EPA film

‘Criticizing the victim’ seems like a bizarre variation. When asked by an official about the rape of a schoolgirl this week by Chief Justice of India Sarath Arvind Pope, he said: “If you want to marry (her), we can help you. Otherwise, you will lose your job and go to jail. ‘

The comment leaked by Pope this week caused considerable uproar in India, which is being used to some extent for anti-feminist behavior. An open letter prepared by female activists demanding the removal of the Chief Justice has been signed online 5,200 times in a short period of time, according to the AFP news agency.

The suspect, a state-owned technician, is accused of pursuing the victim, building up, using drugs and repeatedly raping her. He poured petrol on her and threatened to kill her brother if he went to the police.

“By suggesting that this rape victim should be married, the Chief Justice of India, you tried to rape him for life by the perpetrator who attempted suicide,” the activists said in an open letter from the activists.

Another trial this week also uncovered Pope’s ancient morals, in which your honor wondered if there could be sexual rape in a legal marriage. With this opinion, according to the letter, “many Indian women in marriage justified the torture they had to endure for many years without any support of the law.” Marital rape is not a crime in India. One third of Indian women experience domestic violence.

The level of sexual violence in India (a woman is raped every 15 minutes in India) has attracted national and international attention, since the brutal gang rape and murder of a 23-year-old student on a Delhi city bus in 2012, which has led to mass protests across the country for weeks. This happened even after other brutal rapes. But the problems remain.

Rape and other forms of violence against women, in which poor women of the lower caste are relatively often the victims, are often not reported for fear of retaliation and as a result many perpetrators go unpunished. Of the 34,000 rape cases reported in 2018, 85 percent led to indictments. According to official statistics, only 27 percent of cases are criminals.

Women who report crimes are often sexually abused by the police and the judiciary. The so-called ‘compromise solution’ is that it is very common for judges to force marriage with rape, which arises from patriarchal customary law in rural India.

Almost ten years after the ‘bus lawsuit’, Oxfam India said in a statement last month that the Indian government was spending very little money to combat violence against women. No more than 30 rupees (41 rupees) a year per woman, including funding for crisis centers, telephone helplines and schooling. Of the 80 million victims registered annually, the government allocates 102 rupees ($ 1) per woman.