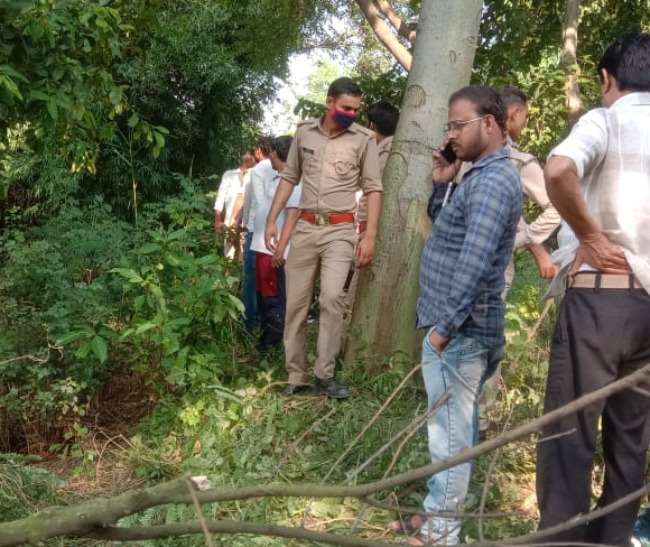 All the people gathered with Mukesh Nishad, the head of Jalalpur. Police also went to the spot but due to deep water the body could not be retrieved immediately. The dead body of the teenager seemed several days old to see from afar, some part of which had been eaten by fish.

The clothes present on the girl’s body and shoes on her feet have been identified as Mansharam, a Dalit teenager resident of Nandigram Moosepur in Purakalandar, who was missing since August 30, on the day of Janmashtami. Mansi told that the deceased is her younger sister Nancy. The shoes and clothes belong to his sister. Her sister Nancy was a class 11 student at Bharat Higher Secondary School, Bharatkund.

Nancy had left the bank customer service center Bharatkund on the day of Janmashtami on 30th August at 10:30 in the morning to withdraw money from the house, but did not return home till evening. After a lot of searching, no clue was found, on the same day on August 30, a missing complaint was lodged at the Puranakalandar police station. The deceased Nancy was the third of two brothers and three sisters. After getting the dead body, the police team reached the spot and informed the entire Qalandar police station. Kotwal Shyam Sunder Pandey told that the information has been given to the higher officials besides Purna Kalandar police station. He said that the missing report has been filed in Suparlalander.