Instead of standing by the slain woman and her family, the women from the Thakur caste chose conspicuous silence and shifted the blame on the victim. 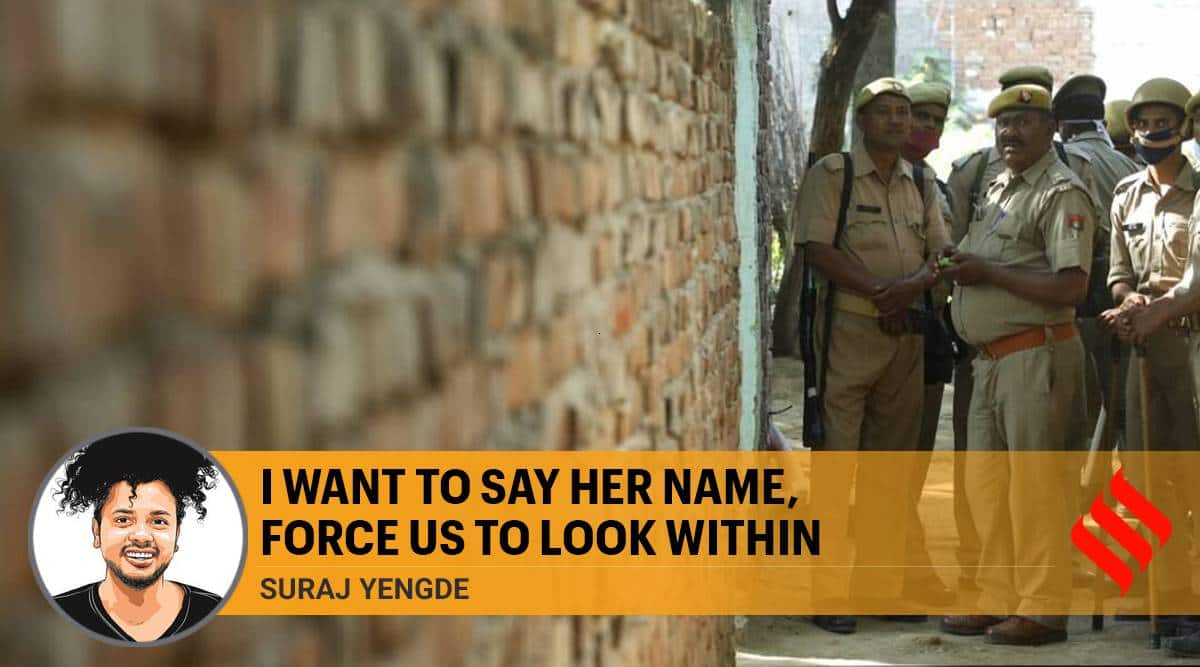 I want to say her name, the name that will force us to stare into our hollow eyes when we find some time to check on ourselves at least once a day in the mirror.

There is a script that goes with the rape of Dalit women. She is desired, then taunted, abducted, raped, brutally murdered. Her lifeless body is thrown in the village for the Dalit settlement to mutely accept the tragedy. If one in many thousand cases draws world attention, then it is stated that the woman was having an illicit affair. This type of character assassination of the raped and mutilated body is a template of the Hindu Rashtra — a la Brahmin republic. It happened during Khairlanji wherein the courageous Dalit woman, who was asserting her rights and fighting to reclaim them, was gangraped by the landowning dominant castes with the approval of caste Hindu villagers. Later, when the case received media attention, the caste Hindu lobby worked full-time by utilising its caste networks to shield the perpetrators. In this case, the rapists belonged to the Kunbi Maratha caste. The government in Maharashtra was run by the Congress.

This happened in the Bhanwari Devi case too, and it is now happening in Hathras.

In India, the Hathras atrocity proves yet again that caste solidarity is firmer than anything else. Instead of standing by the slain woman and her family, the women from the Thakur caste chose conspicuous silence and shifted the blame on the victim. This proves, once again, that caste has more returns for the dominant castes than their immediate identity as a woman.

In an audacious act, the upper castes ganged up in solidarity with the rapists. Nowhere in the world have such village councils stood by the alleged rapists so firmly, with police shielding them.

This is India for you — one commits a crime and yet gets a rousing support for its heinous act. Such people are non-believers of the Constitution, traitors to the Indian Republic.

Zamindari and bonded labour are abolished. Yet, the unofficial zamindari continues, and it is crueler because one cannot easily identify this system — since it’s outlawed, perpetrators have found ways around it.

To stop the crimes against Dalits and rapes against women, we need to disarm the perpetrators. What encourages one to commit the gruesome act without remorse? It is the assurance of impunity. The person committing rape knows that he will be released and honored in caste councils, even elevated to an elected seat.

The entire structure, institutions and state machinery stand by the perpetrator who belongs to their caste. This happened in Khairlanji, it is happening now in Hathras, and in many unreported incidents that can be found in almost all Dalit autobiographies.

Land relations make Dalits perpetually dependent on caste Hindus for their survival. How do we then expect to establish rule of law in these extremely unequal relations? The person controlling the labour of his peasants will exercise all the energies to keep his slaves permanently locked to the land.

Slavery is abolished in India but slavery to the dominant caste is not. It is regulated by the caste society that sits intact with the state administration, police, and media.

To liberate people, we need to strengthen their guts and provide confidence to fight back.

To prove its credibility, the state should declare Dalits protected species. They should make an act that is anti-Dalit an act against the state, those held responsible for atrocities should be slapped with anti-terrorist laws. Until these steps are taken, India’s Dalits will have no faith in the state.

Ambedkar’s Buddha is not meek and neither Brahminical who’ll oversee violence while closing his eyes, wishing that it’ll somehow disappear. Ambedkar’s Buddha doesn’t warrant violence, and neither is he immune to injustice. A peaceful coexistence is what Dalits warrant best spoken through their last spokesperson — Ambedkar. And Ambedkar spoke of an enlightened Buddha who is a social justice leader.