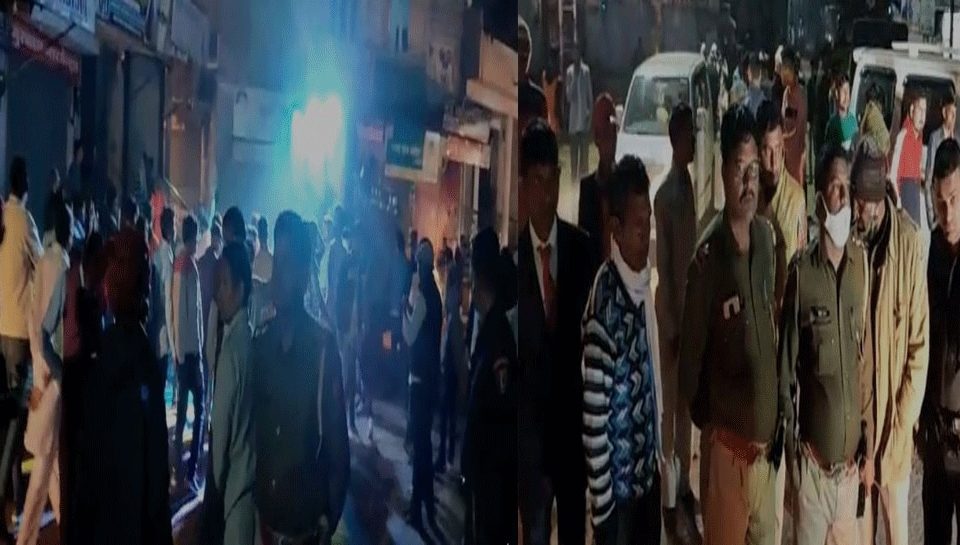 The procession of a Dalit groom was taken out amidst heavy police force in Bansur in Alwar district of Rajasthan.

Alwar: The procession of a Dalit groom was taken out amidst heavy police force in Bansur in Alwar district of Rajasthan. The baraatis were dancing ahead and behind them were gun-wielding police personnel.

Acting SHO of Bansur police station Shimbu Dayal Meena said that recently, on November 26, 2 days ago, on November 26, a case of stone pelting by social thorns on Dalit groom and procession came to light in Kaiori, village panchayat of Paota subdivision area of ​​Jaipur district. Was.

Let us tell you that as soon as this procession of Dalit society entered the border of Bansur area, then this procession was brought to Bansur town amidst police guard. Where police force was deployed at Alwar bus stand in Bansur. At the same time, Deputy Superintendent of Police Subhash Godara is constantly monitoring.

At the same time, the police is taking this matter with caution. Till the marriage was not completed, the police was ready to monitor. On the other hand, on November 26, stones were pelted on the bridegroom and the procession by some community members in their village, which has been shamed by such an incident in Rajasthan. .

Note: This news piece was originally published in bharatkhabar.com and used purely for non-profit/non-commercial purposes exclusively for Human Rights objectives.