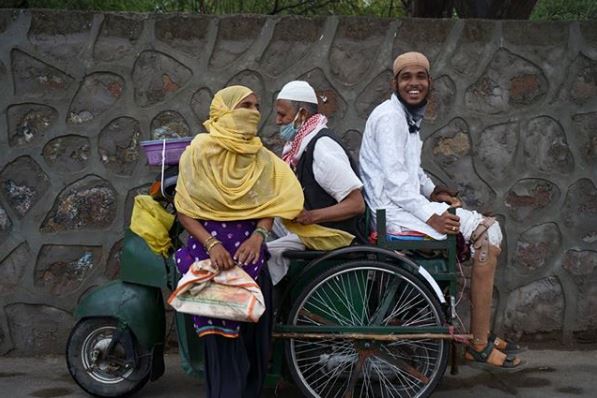 Islam is a missionary religion; it has the mission to establish truth and justice by breaking the chains of age-long oppression. Muslims have the sacred duty of freeing slaves from the slavery of mind and body to lead them to the right path. The sacred duty of ending oppression, un-stigmatizing them, make them a part of universal humanity. The most common, famous, and beautiful example of Prophet Muhammad’s (SWA) companionship with Bilal wasn’t just a revolutionary act of breaking slavehood and bestowing human-ness, but his choice of making Bilal the first Mu’azzin marks a political act. Islam, crossing the boundaries of kingdoms or modern nation-states, has freed the slaves spiritually and socially in many parts of the world, alongside the making of political enfranchisement of the former slaves.

Islam in India has a glorious history of revolting against the ‘Aryan’ rules, breaking idols, freeing the lower castes, as well as the supposedly ‘Aryans’, which are praised by many anti-caste philosophers like Phule. Phule acknowledges Prophet Muhammad to be the messenger of truth, who wiped out the influence of birth by shattering the irreligion and save the slaves from chain false religion (in the case of India- Hinduism). As he writes in slavery, “little  do  the  Bhat  authors  realise  how  they  have  belittled  and  demeaned  the  splendour  and majesty  of  God  through  their  mean  productions! God  has  granted  the  freedom  to  all  people (including  the  depressed  and  downtrodden)  to  enjoy  equitably  all  things  created  on  this  earth (animate  and  inanimate).  But  the  Bhat  authors  have  concocted  spurious  tracts  in  the  name of  God,  dispossessed  the  common  people  of  their  legitimate  rights,  and  assumed  a  preeminent  place  (in  the  hierarchy  of  society)  for  themselves.” Phule also adds, “the  Bhats  have  compelled  the  Shudras  to  accord  honour  to  them which  is  really  due  only  to  God.  This  is  a  great  injustice  indeed!  Surely,  the  Bhats  will  be answerable  to  God  Himself.”

But over time, the Muslims fallen into two traps. One is caste and another is of falling into the articulation of identity politics which is popularized among many Subaltern groups in Indian from the last few years. In the caste system, the feeling of superiority over an unknown feeling of who supposedly “belong” to the lineage of the Prophet and hence command ritual superiority and, the control over resources, etc. have happened against the command of Allah. Caste can only function with the sense of ego and majesty of over others by some, which negates the truth of Islam that Allah is the only majesty, the only judge. As Phule writes, “it  is  a  universal  truth  that  fraternal  religion  has  no place  for  mutual  oppression.”

On the other hand, articulating identity politics which rose out with the emergence of the nation-state and its resistance to the existence of Islam has turned it into a closed room. Such an identity politics prescribes that a Muslim can have gatekeeping about the understanding of Islam, Muslim politics, critique of it, etc, so it articulates the same for every other identities. Identity politics only suggests that people belong to the demarcated identities only have the rightful voice in their politics and critique of it. These politics came about as resistance to the upper caste appropriation of marginalized politics and the savior complex. But such articulation necessitates the politics that seeks to maintain a subtle distance from also the lower castes at engagement on Islam and Muslim politics, because of the demarcated identities, whom it has the mission to lead to truth.

The pursuit of truth, and seeking and upholding of justice is a long battle. It needs deliberate engagement. There is a need for the articulation to go back to the period where Islam wasn’t limited by the boundaries of identity, but one where Islam crossed these very boundaries of identities of tribes, clans, race, caste, and reaching out to all to inspire them to follow the truth. It was not merely a demarcated identity, which it is today in tandem to the existence of the nation-state, but existed as an ideology, an entire system of beliefs and practices, where everyone has the potential of participation in faith, in politics, in community building.

Thus, rather than making the articulation of Muslim-ness as a closed, exclusive space for those who already belong to this identity or are recognized by the state as Muslim, even if they disassociate themselves from theology, practice, and community, a consistent effort once again needs to be made in the articulation of politics that welcomes the lower castes into the faith, into the understanding of truth and justice, into seeking of them and making them part of Muslim politics too.

Can the lower caste people have a righteous voice, opinion and critique on Muslim issues and politics, and vice versa? There is a need of dissolving of caste identities, there is a need of doing away with the gap between lower caste and Muslims; and both need to take part in both their concerns, issues and politics. Leaving lower caste issues, caste politics or the articulation of it solely to the conscious lower caste people who claim and uphold this identity is a blunder, rather Muslims too must take up these issues as a part of their sacred duty and lead the slaves towards emancipation. The same way, limiting Muslim articulation, politics, issues, concerns, and critics into a closed house of those who already have that identity, also stops it from being a mission. The politics of identity is about the politics of belonging, and limiting someone and their voices to their caste identity, caste people and closed caste circles delegitimizes the potential of belonging to an emancipatory faith or pursuit of a new identity where they can belong with all kind of acceptance.

This narrative I am speaking of is not similar with the ‘Dalit- Muslim unity’ narrative that was popularized in last few years since this term itself represents and also solidifies the gap, the differences of goal, of politics and of emancipation for both the different identities, yet acknowledges the need for unity under circumstances. Have we heard of any similar narratives like ‘Dalit- Buddhist unity’? After Babasaheb’s conversion to Buddhism, both the identities that potentially participated with each other or the lower castes are considered to be the potential part of Buddhist identity. Buddhist discourse has been able to popularly articulate itself as the emancipatory religion or the philosophy of the lower castes, while the ‘Dalit- Muslim unity’ articulates Islam and the Muslims only as an ally to the lower castes in certain circumstances and certain fights. While lower castes have been able to trace their history in Buddhism, at Nagas, at Ashoka’s empire, this hasn’t been the case widely and popularly with Islam or any other religion for that matter despite the existence of many historical and contemporary evidence of many lower caste persons embracing of Islam, Christianity, etc. Evidently, in most academic works or popular narratives, the lower caste history and the Muslim history are traced as separate, thus their politics grow centering around that separation in identities which can, at best, result into allyship or solidarity politics, but not the one which would look for emancipation in Islam itself. So what does it take to transcend the boundaries of caste identity and reimagine the politics of belonging outside politics of, by, and for the solid demarcated identities?

What Babasaheb learned about Buddhism, is from his continuous reading and engagement with it. He had opinion upon the existing kind of Buddhism and Buddhist politics elsewhere, he had an opinion of how Buddhism had been in India and he had imagination about how Buddhism can liberate people from caste and how Buddhist concern is lower caste concern and the lower caste concern is Buddhist concern. Not just Babasaheb, Mahatma Phule, Periyar, and many anti-caste thinkers have engaged with many religions, philosophies, issues, concerns, and their politics. Most of them have imagined how faith and politics which can or cannot emancipate the lower castes and have given their strong opinions, critics without which our politics would be doomed and subsumed under identities without vision, without a goal and ways for emancipation.

The same goes to Islam, in my understanding, the lower castes who have been following the truth Islam has led them to, who have sought emancipation in Islam must understand it’s mission, must take up the responsibility to imagine it for their people, must have an opinion, critique about Muslim politics, issues, and concerns, and must also be able to imagine solutions and be an active part of it. Just like Malcolm X had understanding, concerns, critique about Muslim politics, Nation of Islam, etc. His opinions also had developed and changed according to time, his opinions, critics, and politics had created many enemies which even led to his assassination. But he never had given up on that politics, never had let himself feel un-belonged. Rather the same made him and many other black persons politically enfranchised citizens, and transcend the politics of identity which we can understand from the narration of his experience during Haj.

One’s view definitely will have a critique, and one must engage with that, rather stopping themselves to the identities what they (or others) now hold due to the boundaries drawn by caste, nation-state or other entities who cook up these solid, non-flexible identities- which leads the question of identity into the domain of politics. Identity politics is making of a close chamber and an echo chamber where things repeat within itself, and our goal is making of universal humanity that cuts across boundaries of race, caste, and state. I believe this is the way, this is the command of Allah, and this is how the Deen spreads across human civilizations. While the criminalization and persecution upon the state demarcated identities of the marginalized are real, but if we look deep inside the state attack is directed to wipe out any anti- Brahminical ideology, faith that (potentially) shatters the very foundation of the state. With the growing of state power and the creation of technocratic citizens, our politics must not be of identity, but an emancipatory one that gives rise to an anti-Brahminical consciousness among the people- to uphold justice. In Mahatma Phule’s words, “The Creator  of  this  world,  who  is  also  omnipresent,  has  conferred  some  precious  human  rights upon  all  mankind  (all  men  and  women).  But  the  selfish  and  cunning  Brahmins  have  kept  the people  in  the  dark  about  their  human  rights. A  truly  liberated  human  will  never  hesitate  to demand  these  human  rights  from  his  oppressors  for  himself/herself.”