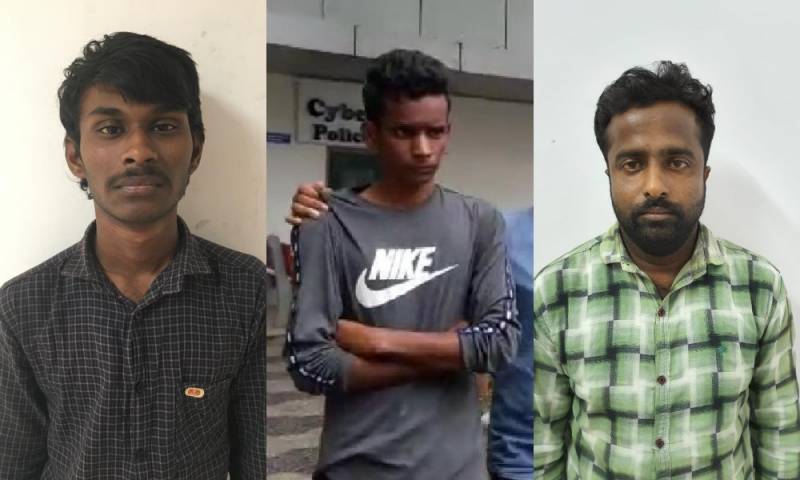 Police said they took suo moto (without formal complaint) cognizance of the matter after some people tweeted to the Noida Police.

Harish Chander, deputy commissioner of police Noida Central, said a case was registered against Aligarh residents 20-year-old Akash Lal and 22-year-old Karan, and 23-year-old Bunty from Sambhal, under section 66 of the Information and Technology Act. All live on rent in Knowledge Park area.

“Sub-inspector Ram Chander Singh later filed a complaint in the matter. Police investigation showed that the members of two communities had engaged with each other on an Instagram post. The three suspects then recorded an objectionable video and posted on the social networking site,” he said.

“The suspects alleged that some upper caste people too had also posted objectionable videos against them. The police are investigating the matter from all angles. If we find evidence, an FIR will be registered against them as well,” said Chander. The three suspects were produced in court and sent to 14-dayjudicial custody.

Police on Sunday arrested two suspects in the rape of a 12-year-old girl in Dankaur. One of the suspects is the maternal aunt to the girl, said police.

The alleged incident took place on Saturday. The girl had been staying with her aunt for the last seven years.

The woman worked on the farm of the prime suspect, a 40-year-old man, eight kilometers from their home.

Vrinda Shukla, DCP for women safety, GB Nagar, said that the woman took the victim to the farm for work. “The the woman left the girl with the man and he raped her. The man threatened the girl if she were to report the matter,” she said.

She, however, returned home and narrated the incident to her other family members. Police said they suspect the woman conspired with the man in the crime.

On Sunday, the two were arrested and a case was registered under sections 376 (rape), 120-B (criminal conspiracy) of the Indian Penal Code and also relevant sections of the Scheduled Castes and the Scheduled Tribes (Prevention of Atrocities) Act, 1989, and Protection of Children from Sexual Offences (Pocso) Act, 2012. They were produced in court and sent to 14-day judicial custody.