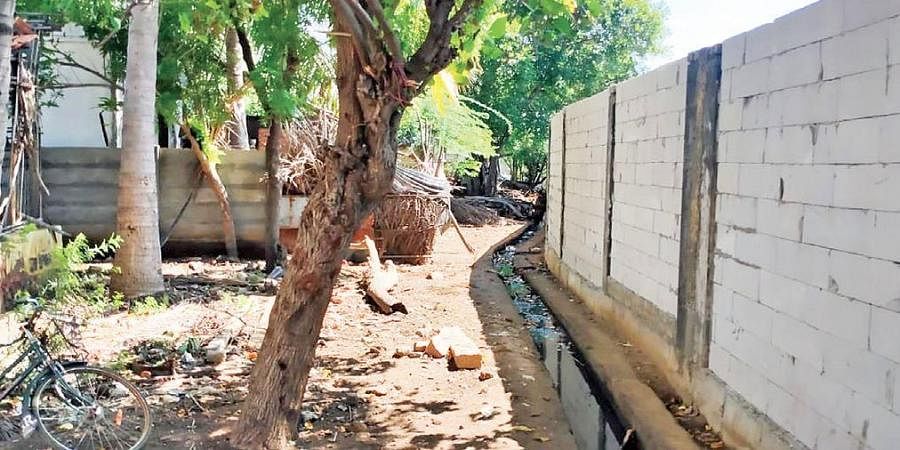 TIRUCHY: The construction of an ‘untouchability wall’ separating Scheduled Caste residential colonies and farms at Kal Kandarkottai near Tiruchy has triggered a row, and functionaries of the CPM staged a protest on Tuesday, condemning caste Hindus.

The nine-foot wall, built using bricks like a compound surrounding farms of caste Hindus, is found near SC residential colonies at Rajiv Gandhi Nagar in Kal Kandarakottai, while the remaining compound wall beyond the colony has been raised only to the height of five feet.

Residents of Rajiv Gandhi Nagar have condemned the caste Hindus for discriminating against them on the basis of caste. Incidentally, more than 300 SC  families live in Rajiv Gandhi Nagar and many of them have their own houses provided by the State government under different welfare schemes.

“For several years, we have been living here and have worked tirelessly in these farmlands. Suddenly, after the caste Hindus planned to sell their agricultural fields for the benefit of real estate, they raised this huge compound wall surrounding our entire colony. The wall is 9 feet high, only near our colonies. It has been built it in such a way just to make sure we do not enter their lands or they do not have to face us,” a resident of Rajiv Gandhi Nagar rued.

N Karthikeyan, a zonal head of the Tiruchy unit of the CPM, said, “ The wall has made lives miserable for people living here. As the structure is blocking the passage of drainage, any small rain results in flooding of the entire neighbourhood with sewage entering houses.”

When contacted, a senior civic body official said, “The private individuals state that they have built the wall as they plan to develop it into a property, but we have not received any application till date. The compound wall is raised inside the premises only. If the height of the compound wall violates rules, we will look into the issue.”