The question remains for the tribals of the state that according to some experts, was the conference organized by tampering with history with the expenditure of Rs. Because the tribals did not get anything from this conference, except commuting in the bus and tiffin for two times. 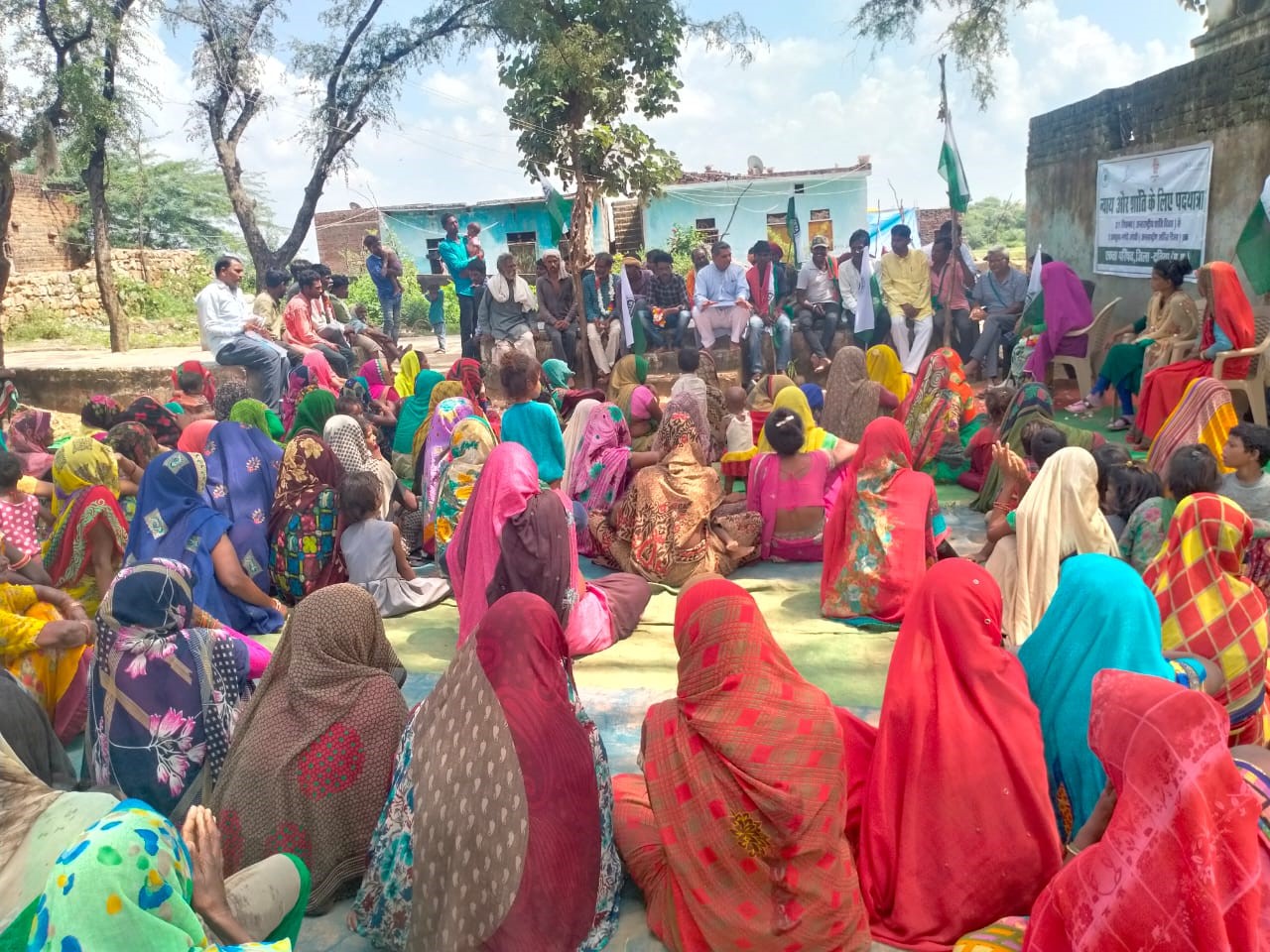 At the conclusion of Tribal Pride Week, Madhya Pradesh Chief Minister Shivraj Singh Chouhan gave forest rights pattas to tribals in the form of tokens in Mandla. He tried to send a message to the tribals that BJP is the only party which thinks of their welfare. But there was talk of Forest Rights Recognition Act in 10158 forest villages, in which tribals were to get rights of community forest resources and if we talk about personal lease, then the claims of three lakh, sixty thousand tribals of Madhya Pradesh are pending in the Supreme Court. Huh.

In the year 2019, the Chief Minister Shivraj Singh government had sought time from the Supreme Court to settle the claims and the court had given them time by trusting their point of view. Congress’s Kamal Nath government came in the middle, following the guidelines of the Supreme Court, they made the Van Mitra portal. Tribals also applied for forest rights lease on the portal, but till now no one knows what action has been taken on that.

As far as community forest management is concerned, on September 18, when the Chief Minister of Madhya Pradesh announced several programs for tribal pride in Jabalpur, on the day of martyrdom of the tribal hero of the state, Shaheed Shankar Shah and his son Raghunath Shah, Then in 58 days from 18 September to 15 November, 19158 villages of the state would be given rights to community forest resources. For this, a letter was issued to all the district collectors on behalf of the Directorate of Tribal Regional Development, in which all the Gram Sabhas were asked to ensure the handing over of rights of community forest rights under the Forest Rights Act to all the gram sabhas by 15 November 2021. The District Collectors did not give any importance to this letter and till the stipulated date no reply was sent from the Collectors to the Directorate. This shows how serious the government and the bureaucracy are on the issue of tribals.

In fact, the announcement was made by the country’s Home Minister Amit Shah and when the last date for action by the collectors was given, a grand program of Prime Minister Narendra Modi was organized in Bhopal, the capital of Madhya Pradesh. Now the question arises that on the birthday of Birsa Munda on November 15, the BJP organized the conference, which was organized by resonating the sky for the tribals, was it only to mobilize the crowd of the tribals.

The question remains for the tribals of the state that 52 crores, according to some experts, the convention which was organized by tampering with history with 100 crores of government expenditure, was it only part of the agenda of the BJP because the tribals did not get anything except just In addition to commuting and two time tiffin. According to some, only a little cash has been given in the name of commuting expenses. Whose pride increased with this Tribal Pride Week? Their livelihood, land and housing issues were not resolved. What is the ground voice of the tribals!

Let us know from Ramsingh of Jhikni Vangram in Sagar district adjoining the capital, who is a tribal and has been living in this village for many generations. He is in possession of a total of 4 acres of forest land, on which he lives by cultivating gram, jowar, bajra, lentils etc. For this he has to use sticks from the forest department employees. Once, the Forest Department employees lodged an FIR against him. Because he did not have water to drink, he dug a small pit. He is still out on bail.

Ram Singh says that there are 10 members in the family and all are dependent on this farming. Sometimes they get wages, they do it too. There is not enough water for agriculture, it is irrigated by drain water. When a pit was dug for drinking, a case was registered against us. The matter is still going on in the court today.

Ram Singh is not alone in this village, but 25 tribal families are leading a life of instability like this. Sometimes the crops standing in the field are uprooted by the forest department employees. If he says something, he threatens the law. It is said that you are living forcibly. The tribals of Saunsar here had applied for the lease of forest rights years ago. How many times I met the Chief Minister, but only got assurance, but did not get the lease. 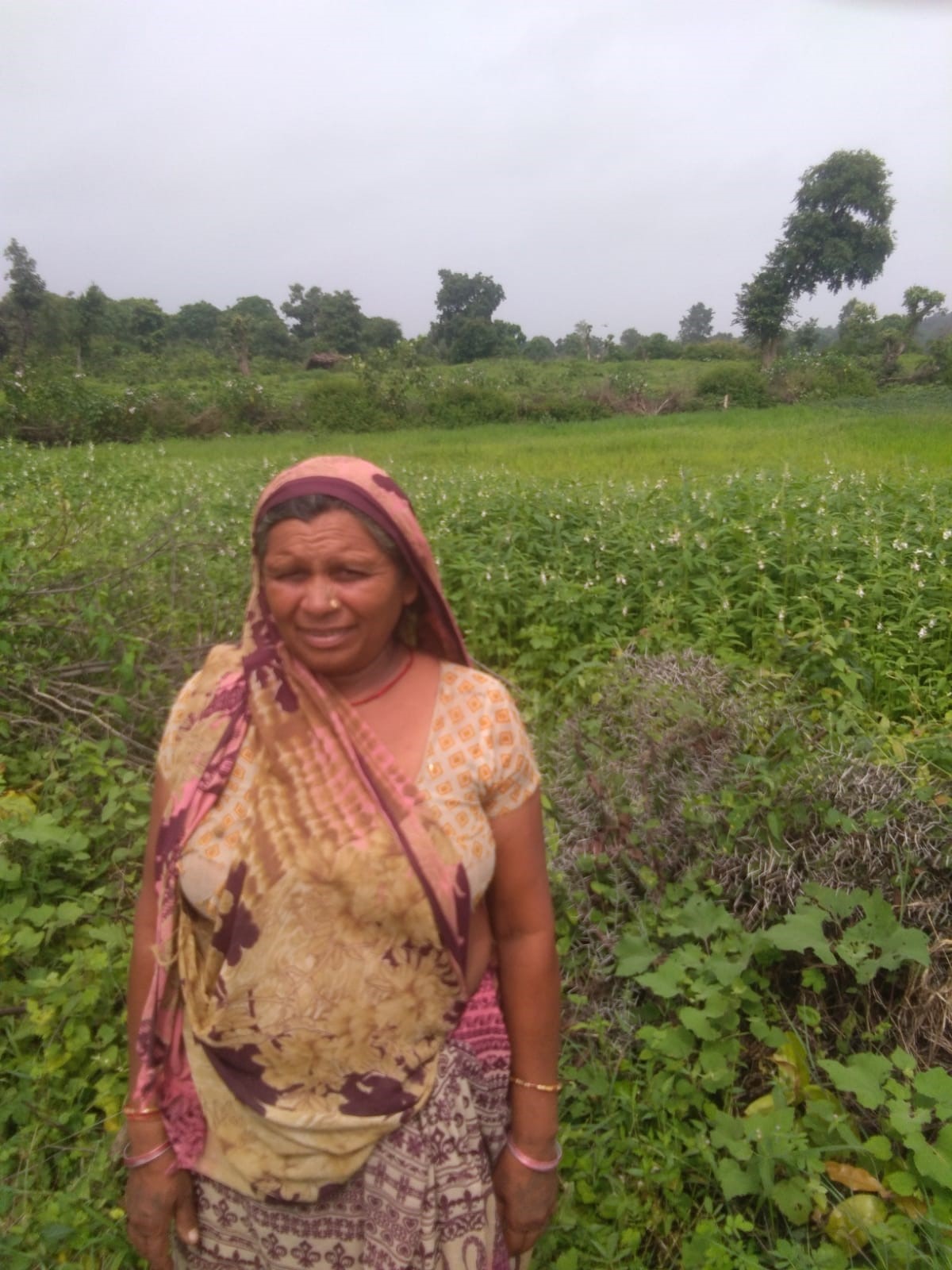 Taking forward the point of Bharat Ramsingh, it is said that there is possession before the year 2006. But leave aside community forest management, the government is not even giving its lease on which we have been cultivating for years. Even applied to the Collector, Chief Minister, portal, nothing happened. Hanumant Pahade, Rupabai, Tulsa, Tulsiram Janki Bai etc. supported the words of both of them. There are a dozen villages like Malthoun, Khurai, Banda development block, Deori, Rahatgarh in Sagar district, where tribals are living in starvation condition. Due to the absence of a lease, the land on which they cultivate, the forest department either loots it after the harvest or destroys it before the seeds germinate. 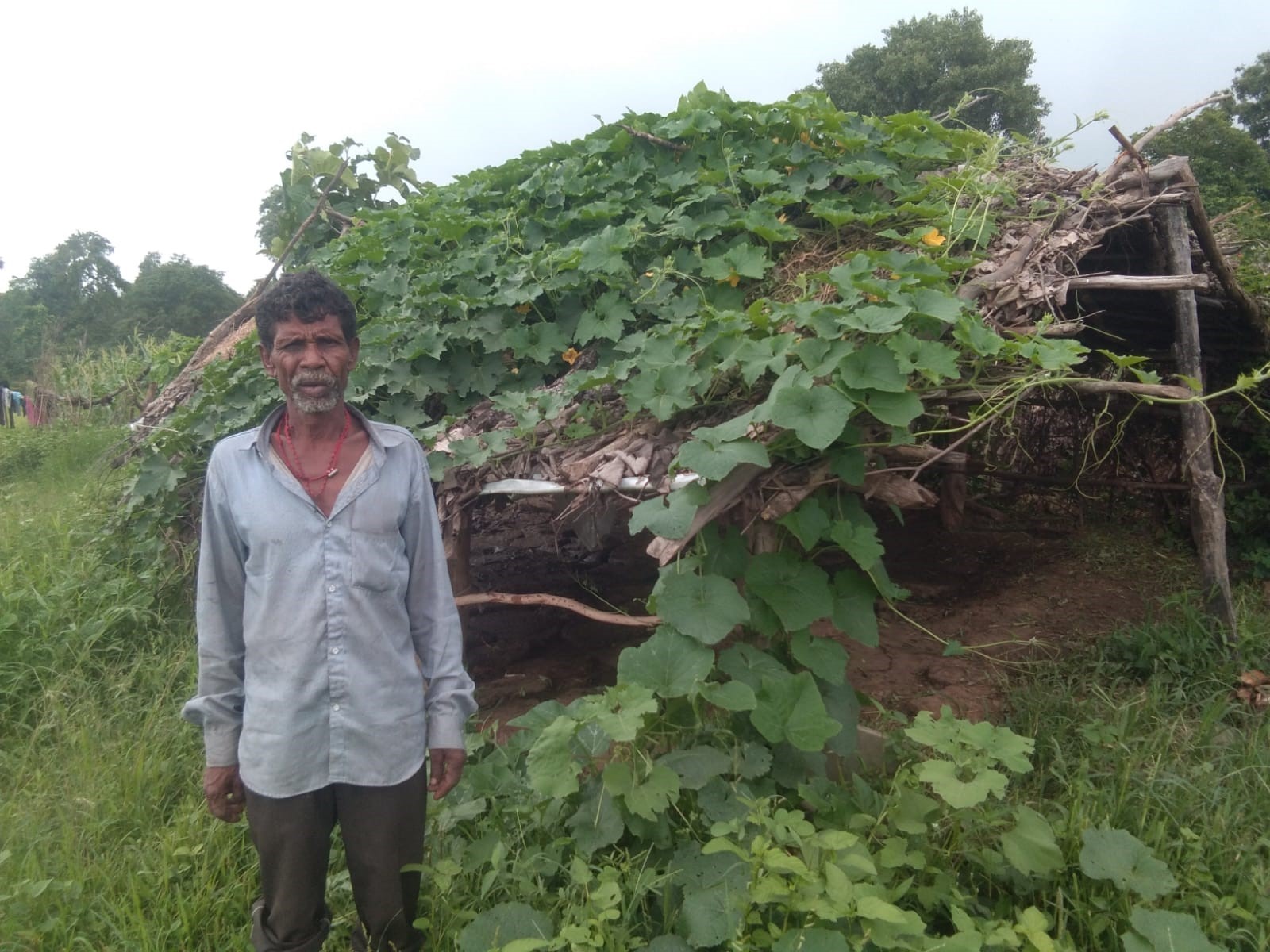 Now even in the name of plantation, the government is intent on ousting the tribals from the forest. In Sagar district alone, about four and a half thousand claims and in Gwalior 1632 claims are pending with the government online. Similarly, by snatching the possession of forest land from the tribal farmers Jamnibai Kushram, Imrat Udde and Sampat of Katajar Vangram, Block Bichiya District Mandla, the forest department employees drove these people away from the forest itself. Till date they are fighting for it in court.

In the month of October, Sahariya tribals of 17 villages in Gwalior had gone to meet the collector regarding the problem of their land. Whereas this work belongs to the Tribal Welfare Department. The department has been given the responsibility to solve the problems of these Sahariya tribals. Dongar Sharma, who has been working among the tribals for years, says that in fact the department spends its entire time in the sycophancy of politicians without taking care of the tribals. They say that here in the village of Sher, 62 families got the right of individual claim, but they were given much less land than the land they have been cultivating for centuries. Complaint was made to the collector’s office, but no action was taken. This could not solve their livelihood. Whereas the Chief Minister says that the Tribal Pride Week is a campaign to create awareness among the tribes and change their lives.

Tribal affairs expert Rajkumar Sinha of Mandla says that the most shameful thing is that there was no mention of community forest rights in the Prime Minister’s speech. It is clear from this that such a grand conference is an attempt to remedy the BJP’s slipping ground among the tribal communities, and not to take any decision in the interest of the tribals.

He said that actually a document was prepared delegating the rights of community forest resources to all the gram sabhas which were sent to the collectors, but the same has been prepared wrongly. In this, the PESA law has been completely ignored. According to Section-3(1)(i) of the Forest Rights Act, 2006, the Gram Sabha already has the right to conserve, revive or protect or manage community forest resources, which they have traditionally protected for sustainable use. are. Therefore, instead of the active role, the right to manage should have been added.

The Gram Sabha has already been given the right to settle disputes and manage natural resources in the interest of the community according to tribal traditions. But this is not being implemented. The tribals are not so educated and the government does not want to make them aware. Sinha said that the Forest Department should give them proper information about the protection of the forest and its resources by giving them technical support. The traditional knowledge is already with the tribals.