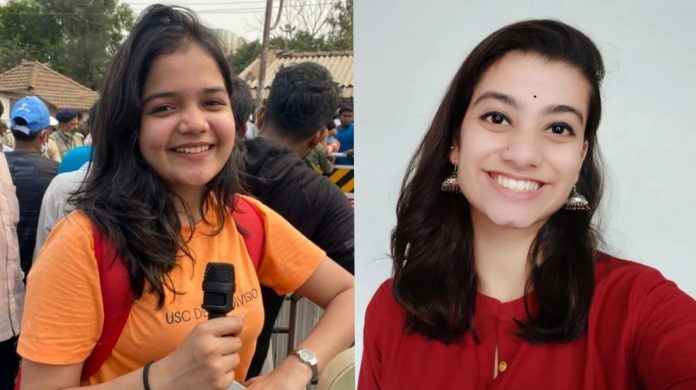 Days after registering a case against 102 persons including journalists, the Tripura Police have booked two more journalists who were covering the recent anti-Muslim violence in the state.

A First Information Report (FIR) was registered on Sunday at Fatikroy police station against Sammriddhi Sakunia and Swarna Jha on the complaint of Kanchan Das who is a supporter of the right-wing group Vishva Hindu Parishad (VHP).

The journalists have been accused of “promoting enmity between different groups on grounds of religion” under Section 153-A and “being a part of criminal conspiracy” under  Section 120 (B) of the IPC (Indian Penal Code) in the complaint filed by Kanchan Das.

Ms Sakunia tweeted on Sunday that they were supposed to leave for the capital Agartala but were not allowed to move despite full cooperation.

Several mosques and properties belonging to Muslims were attacked by members of Hindu nationalist groups including VHP. This has been documented by locals and various journalists but the state police have constantly been denying such reports.