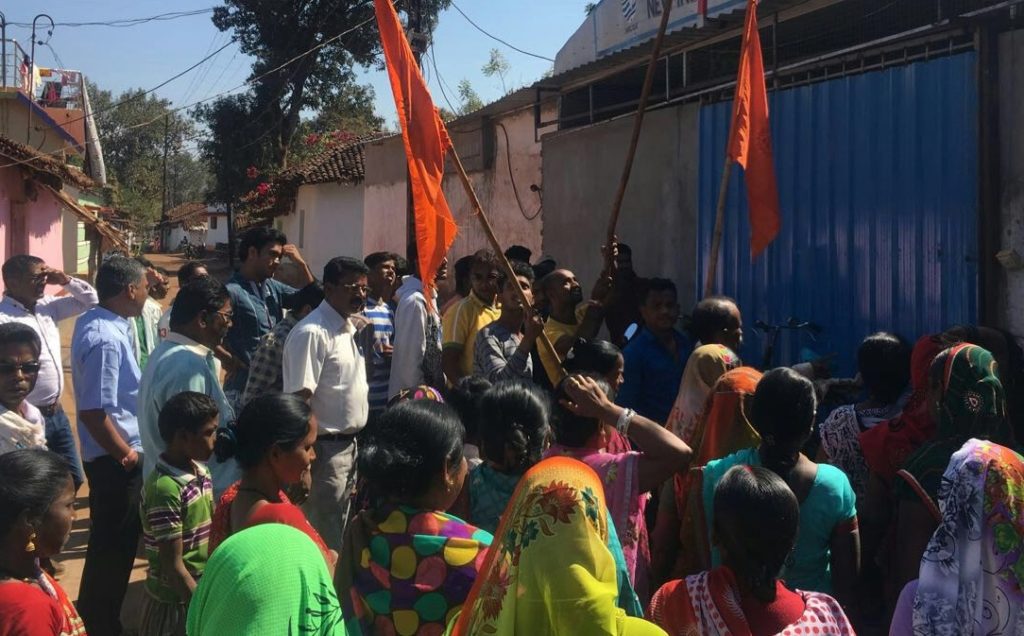 02/22/2021 India (International Christian Concern) – Earlier this month, a mob of radical Hindu nationalists in central India attacked two Christian worship gatherings on the same Sunday. In both instances, the nationalists stormed the worship services, beat the Christians, and falsely accused the leaders of violating the state’s new anti-conversion law.

On February 7, two worship services in India’s Madhya Pradesh state were attacked by a mob of nearly 100 radical nationalists. Local Christians suspect the members of the mob were associated with the Rashtriya Swayamsevak Sangh (RSS), a Hindu nationalist organization, because of the saffron scarves wore by member of the mob.

The incident started in Bhandakapar village where a worship gathering of 50 Christians was attacked.

“I saw a man with a wooden stick beating one of my congregants as he forced himself into the hall,” Pastor Malsingh told International Christian Concern (ICC). “More people came inside and started beating everyone with sticks. They also slapped several Christians.”

The mob went on to desecrate the prayer hall by breaking the front door and tearing down the cross from the top of the prayer hall. The mob also damaged five motorcycles that belonged to members of the congregation.

According to Pastor Malsingh, a member of the congregation called local police as the attack was ongoing. When a group of 10 police officers arrived, they arrested 30 Christians and took them to the local police station. At the station, the Christians were questioned about religious conversions taking place at the prayer hall.

The mob of radical nationalists then attacked a second Christian worship service in Jambukheda village, approximately three miles away from Bhandakapar. Local police also detained several Christians from Jambukheda and questioned if they were forced to attend the worship service.

Police filed a First Information Report (FIR) against Pastor Dileep Vasuniya, the pastor leading the worship service in Jambukheda. Pastor Vasuniya was arrested and taken to jail, but was later released on bail.

Attacks on Christians and their places of worship in Madhya Pradesh have escalated over the past two months. Radical Hindu nationalists have used the enactment of a new anti-conversion law in Madhya Pradesh to unleash a new wave of anti-Christian violence. Local police have allowed false accusations of forced conversion to justify the violence, giving radical nationalists near complete immunity.