The body of one of the deceased is yet to be retrieved. 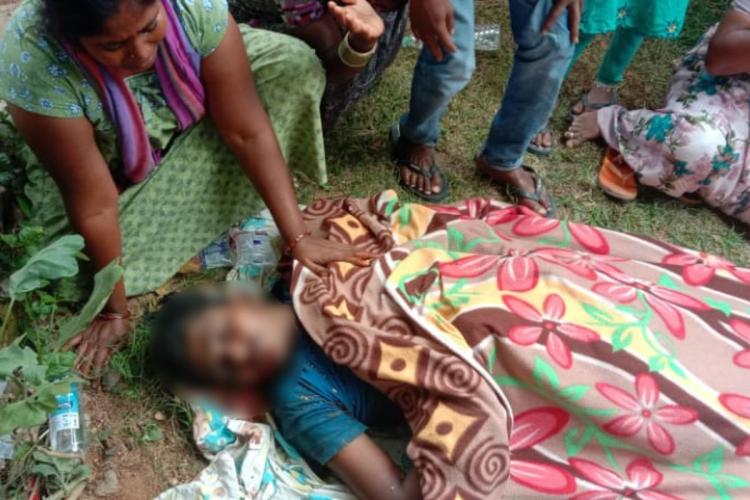 Two Dalit men — Shiva (25) and Ananthaiah (45) — who were made to manually clean a manhole in Hyderabad’s LB Nagar by a contractor, died by suffocation on Tuesday, August 3, night. Engaging or employing, either directly or indirectly, a manual scavenger is a punishable offense in India. Tragically, even after 24 hours of the incident, which took place in Padmavathi Colony, the body of Ananthaiah, who slipped into the manhole, is yet to be retrieved. The police are trying to dig up the pipeline using two earthmovers, to retrieve the body. Efforts are underway, said Assistant Commissioner of Police K Purushotham Reddy.

According to the police, Shiva belonged to the Mala community, while Ananthaiah was Madiga, both categorised as Scheduled Caste. The contractor engaged the two men as part of the desilting works and made them manually clear the flood pipeline, by making them enter the pipeline through the manhole. The police have filed a case against B Yelliah under the Prohibition of Employment as Manual Scavengers and their Rehabilitation Act, 2013 and 304 A (causing death by negligence) of the Indian Penal Code.

LB Nagar falls under the jurisdiction of the Greater Hyderabad Municipal Corporation (GHMC). However, the GHMC authorities have denied any role in the death of the two men. In a press statement, the GHMC blamed the contractor for the incident. It said that contractor Yelliah worked against the prescribed rules of sanitation, which do not allow any cleaning works to be carried out after 6 pm. The GHMC said that the contractor did not notify them about the desilting works.

Speaking to TNM, A Maruthi Diwakar, GHMC Deputy Commissioner LB Nagar zone, said, “The contractor worked against the rules. Any work related to cleaning should not be carried out after 6 pm, that too without notifying the authorities.”

It must be recalled that in 2017, the Telangana government had introduced around 70 units of ‘mini sewer jetting machines’ in a bid to end manual scavenging, which continued to exist despite a ban on it. The machines were compact and could comfortably swerve through narrow streets. When asked if the zone had adequate jetting machines, the Deputy Commissioner said, “We have four mini sewer jetting machines in the zone. Additionally, there was another huge machine that would replace manual scavenging, but we do not know why the contractor made the deceased persons get into the manhole. We will know the reason only after summoning him.”

Contractors in Hyderabad have taken these jet sewer units on loan, facilitated by the Hyderabad Metropolitan Water Supply and Sewerage Board. In this case, in order to expedite the works before the contract period ends, the contractor made the two men get into the manhole.  Instead of washing their hands off of the crime of manual scavenging and by blaming the contractor, the GHMC should ensure strict enforcement and monitoring of the ban against manual scavenging.

Condemning the deaths, K Saraswathi, Telangana president, Safai Karamchari Andolan said, “The GHMC cannot wash away their responsibility by solely blaming the contractor. The case should also be filed against GHMC Commissioner D Lokesh Kumar.” Stating that the deceased, Shiva, was just 25 years old and that his wife was eight months pregnant, Saraswathi demanded justice for the families and stressed against the recurrence of manual scavenging practice.

Under the Prohibition of Employment as Manual Scavengers and their Rehabilitation Act, 2013, “No person, local authority or any agency shall engage or employ, either directly or indirectly, any person for hazardous cleaning of a sewer or a septic tank.” The first violation will attract imprisonment for upto one year or with a fine that may extend to Rs 50,00, or both. Subsequent violations will attract imprisonment for upto two years or a fine upto Rs 1 lakh, or with both.