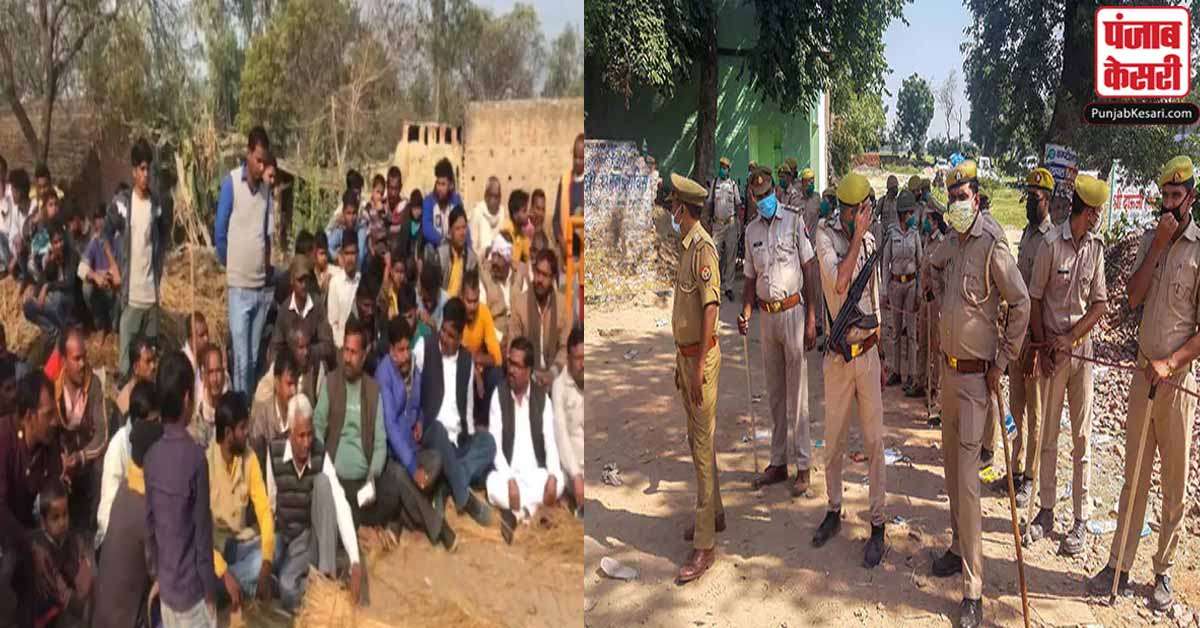 Three minor girls have been found unconscious in Baburaha village in Uttar Pradesh’s Unnao district. Two of these girls have been declared dead in the district hospital, while the third girl is fighting for life and death in the hospital. He is placed on a ventilator. People of the area have sat on a dharna in the village over this incident. People have demanded that family members should not be accommodated in the police station, justice should be given to the family. After this incident, the village has been converted into a camp. Police force of nine police stations of Unnao district is posted in the village.

According to the police, on Wednesday afternoon, the three girls went to the farm to take fodder for the cattle. After not returning home till late evening, their family started searching for them and then these girls were found unconscious in the field. In the field, these girls were found tied with dupatta. Foam was coming from their mouths, due to which they are estimated to be poisoned. The girls had clothes on their bodies.

The Samajwadi Party MLC has alleged that Unnao police is trying to suppress the case. He has demanded an inquiry from an independent agency on the matter. Information is coming that Samajwadi Party President Akhilesh Yadav can reach the village to meet the victim’s family.