The incident came to light after one of the four men shared the namaz photos on social media on Sunday, saying it “showed communal harmony”. 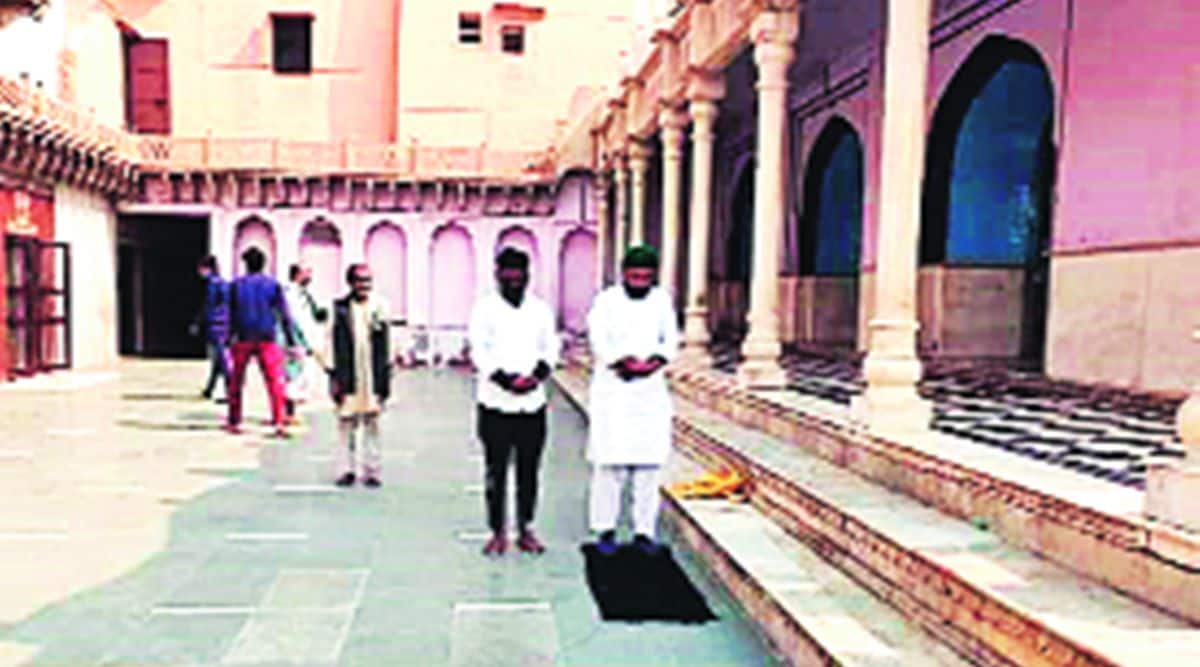 Four members of Khudai Khidmatgar, a Delhi-based social organisation which claims to spread communal harmony, were booked on Sunday after two of them allegedly offered namaz at Nand Mahal temple in Mathura district last month. One of them, Faisal Khan, was arrested from Delhi on Monday.

The incident came to light after one of the four men shared the namaz photos on social media on Sunday, saying it “showed communal harmony”.

Besides Khan, the other three have been identified as Chand Mohammed, Alok Ratan and Nilesh Gupta. They have been booked for promoting enmity between different groups on grounds of religion, defiling a place of worship and public mischief.

On a complaint filed by the temple caretaker, the FIR was lodged at Barsana police station in Mathura. Temple authorities said the premises were repurified with gangajal and a havan on Monday.

“We have been informed that the incident is of October 29. Two of them were Muslims, and they had come to offer prayers. They were allowed inside as there was no religious discrimination. Later, the two Muslim youths offered their afternoon namaz inside the temple premises. On Sunday, some shared the photos of the incident on Facebook calling it an act of harmony. The temple staff then gave a complaint and an FIR was registered,” said Mathura SSP Gaurav Grover.

Talking to The Indian Express, temple caretaker Mukesh Goswami said Khan claimed to be a follower of Hinduism and recited several shlokas after which they were allowed to visit the temple and offer prayers.

“The one wearing the cap, Khan, talked to us very nicely and said that he was a Krishna bhakt… We allowed them to visit the temple,” said Goswami. A cleaning staffer later spotted the duo offering namaz. He said he suspected a conspiracy behind the act.

According to police, the accused were on a 84-kos Braj parikrama (spread over more than 250 km) from October 26 to 29 to spread communal harmony and religious tolerance.