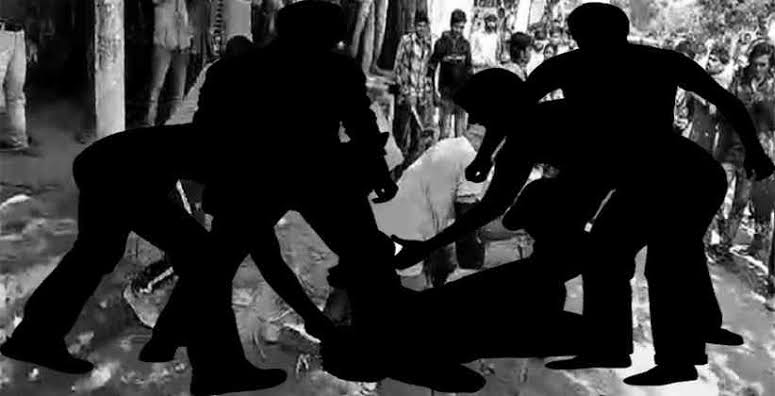 On Tuesday evening, a group of Hindu men barged into a 56-year-old Muslim man’s house, accused him of harassing a woman and dragged him out, smeared his face with black paint, hoisted him on a donkey and paraded him through the public roads of Bisauli in Uttar Pradesh.

The group also shot videos and posted them on social media.

Videos showed the 56-year-old man riding a donkey, his face blackened and his hands tied.

According to Budaun SSP Sankalp Sharma, Two of the men seen in the videos have been arrested on the basis of his son’s complaint at the Bisauli police station.

According to his son, a group of people (Vipin, Vijendra, Suresh, Madanlal among others) came into his home, dragged his father outside, beat him up, abused him and even threatened to kill him.

Vipin, Vijendra, Suresh and Madanlal were booked under sections 323 (voluntarily causing hurt), 504 (intentional insult with intent to provoke), 506 (criminal intimidation), 452 (criminal trespass) and 501 (defamation) of the IPC. Vijendra and Madanlal were arrested by police.

Sharama also clarified reporters that the police have not received any complaint from the woman or her family against Muslim man.

His son also denied the allegation against his father.

“He has not come home since he was humiliated in public,” son said.