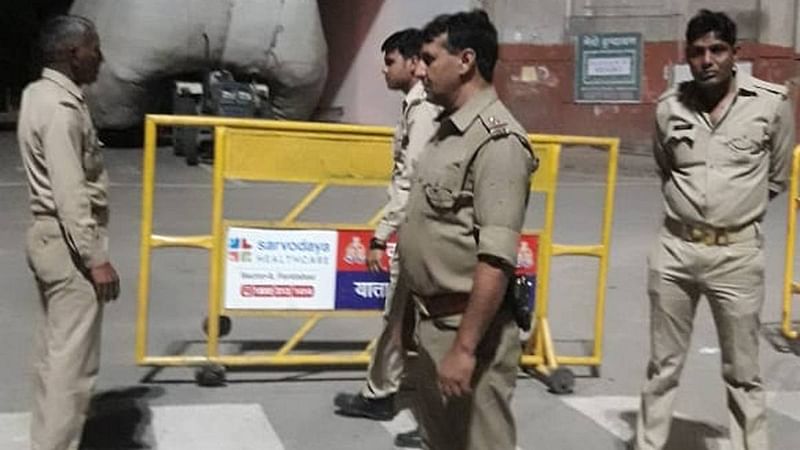 Boy’s body fished out of stream on 26 November. Police say the boy’s post-mortem report concluded that he had died of drowning and had no external injuries on his body.

New Delhi: The Uttar Pradesh Police is investigating the death of an eight-year-old Dalit boy whose body was fished out from a stream in Mathura on 26 November.

The boy’s father has alleged that members of a Thakur family, with whom he had “had a longstanding dispute”, may have killed his son and dumped his body in the stream.

Many social media users Tuesday circulated a photo of the boy’s dead body, alleging that his face had been “burnt with acid” by a Thakur family, a claim rejected by the police.

While police are probing the father’s allegation, a senior officer told ThePrint that the boy’s post-mortem report concluded that he had died of drowning and had no external injuries on his body.

“This is completely false. The post-mortem of the boy was conducted by a panel of doctors and it was also videographed. The report says that the cause of death was asphyxia. He died of drowning and he had no ante-mortem injuries, which means there were no external injuries,” the senior police officer said.

“If acid were thrown on his face, there would have been burn marks. Since the body was found in water, where it had remained for two-three days, it had started rotting,” added the officer.

Based on the father’s allegation, however, police have filed a murder case under the SC/ST Act.

“The boy’s father came to us and said that he suspected the role of the Thakur family in the kidnapping and murder of his son. He said he suspected that they may have beaten him and thrown him in the stream,” Magora circle officer Gaurav Tripathi, who is investigating the case, told ThePrint. “Based on his complaint, we registered a case and are now probing it.”

Also read: ‘We waited for wages, he came with sword & chopped hand off’ — horror story of Dalit man in MP

According to police, the boy, a resident of Sosa village, went missing on 22 November, after which the police registered a case of kidnapping. His body was finally found 20 km from Sosa on 26 November, and was sent for a post-mortem examination.

“On 22 November, we received a complaint that the boy was missing. We were told that he was last seen near the stream. We immediately registered a case of kidnapping (since he was a minor) and started the search. A police team including divers and a dog squad was also called to search for the boy,” the unnamed officer quoted above said.

“The boy’s body was finally found on the fourth day of the search and immediately sent for a post-mortem examination,” added the officer.

Five days after the post-mortem, the boy’s father approached the police saying that he suspected the involvement of a Thakur family — with whom he had a longstanding dispute — in his son’s murder.

Tripathi said the police have not yet found any eyewitness who may have seen anyone from the Thakur family near the stream on 22 November.

Added another police officer: “We have not yet found any link that would establish the role of the Thakur family in the death of the eight-year-old. We are, however, investigating all angles. We have taken out call detail records and are also checking tower locations to see where the members of this Thakur family were on that day.”

“We have questioned several people in the area but have not found any eyewitness who may have seen the boy with anyone from the Thakur’s family,” the officer added, saying that the investigation was ongoing.

Note: This news piece was originally published in theprint.com and used purely for non-profit/non-commercial purposes exclusively for Human Rights objectives.