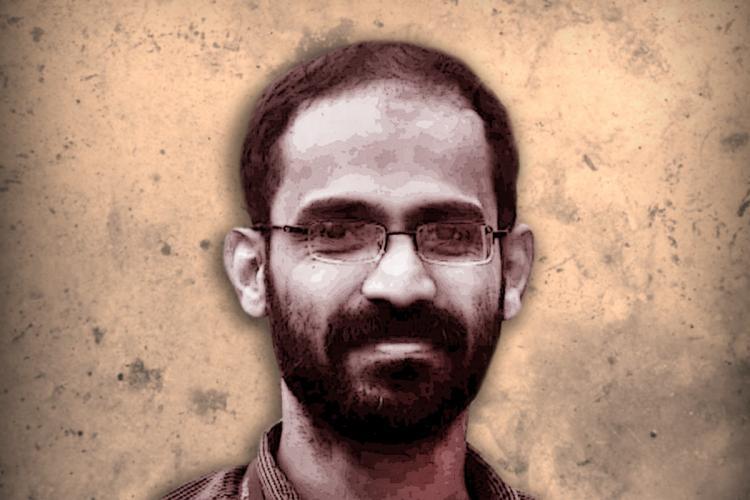 Siddique Kappan was arrested by UP police while on his way to Hathras to meet the family of Dalit woman who was gangraped and killed by dominant caste men.

The Special Task Force of the Uttar Pradesh police, who booked Kerala journalist Siddique Kappan while enroute to Hathras, to meet the family of the Dalit woman who was gang raped by dominant caste men and later died, is set to file chargesheet against him and three other members of the Popular Front of India (PFI).

On October 5, the UP police arrested the Kerala journalist who had accompanied the PFI activists to visit the Hathras family, accusing them of having intention to breach peace. Siddique Kappan’s family in Kerala has conducted multiple protests in the state, alleging foul play in the arrest and seeking his release.

The arrested, including Kappan, and others identified as Atiq-ur-Rehman, Masood Ahmad and Alam are charged under the stringent Unlawful Activities (Prevention) Actt. The FIR against them claimed that they were going to Hathras with an intention “to breach the peace” as part of a “conspiracy”.

An Uttar Pradesh court adjourned the hearing till April 3 as the Special Task Force (STF) sought two more days to file the charge sheet against them. “Since the time limit to submit a charge sheet is expiring on April 4, the STF will file it during the next hearing scheduled for April 3,” District Government Counsel (Crime) Shiv Ram Singh said, disclosing about the proceedings in the court of Additional District and and Sessions Judge (First) Anil Kumar Pandey on Wednesday. The arrested four are currently lodged in a Mathura jail.

Meanwhile, Popular Front of India leaders in Kerala had earlier come out alleging that the arrest was part of a revenge plan by the UP police against the party, which had conducted major protests in UP against the Citizenship Amendment Act and National Register of Citizens (NRC).