The couple was kept in custody overnight and let go only after the woman’s family proved that she was Muslim by birth, not conversion. 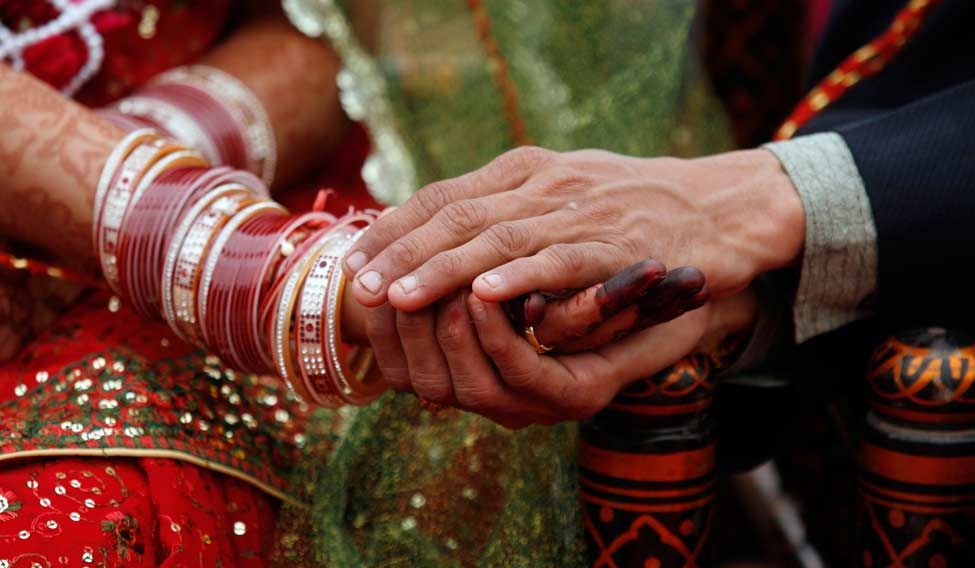 New Delhi: In the latest instance of misuse of Uttar Pradesh’s controversial new anti-conversion law, the police on Tuesday stopped a Muslim couple from getting married based on rumours of ‘love jihad‘. The man, 39-year-old Haider Ali, has alleged that the police beat him and tortured him while they kept him in custody overnight, the Indian Express reported.

The police in Kushinagar reportedly received a phone call saying that an inter-faith marriage was going to take place, with a Hindu woman having converted to Islam for the wedding, and that was enough for them to decide to stop the wedding. Kasya Police Station SHO Sanjay Kumar told Indian Express that “miscreants” were to blame, and that the couple was let go after the police realised they were from the same religion.

The couple was finally able to get married on Wednesday, after the woman’s brother arrived and made clear that the family had no objection to the marriage, the newspaper reported. There is no law in India that says a couple cannot get married without their parents consent.

The police denied the allegations of violence against Ali. “It was not like the couple were brought to the police station in secret. Also, the matter was soon sorted… There was no reason to beat up anyone,” Kushinagar SP Vinod Kumar Singh told the Indian Express. There is no law in India that allows the police to beat up a suspect (or anyone else) under any circumstances.

“On Tuesday afternoon, Shabeela and I got married,” Ali told the Indian Express. “After the ceremony, a small party was on when a police team arrived and said there had been no nikaah. They wouldn’t listen to anything and took us to the police station around 7.30 pm. There they let the cleric go after he changed his statement and said the nikaah wasn’t final yet.”

At the police station, Ali said, Shabeela was sent to a different room before he was beaten with a belt. “One of the policemen asked another to skin me… I tried to talk to them… When Shabeela heard me crying, she panicked. The policemen asked her about her family but she was scared. Only around 9 pm could I convince her to tell the police her brother’s number.”

The police then called her family, who confirmed that she was a Muslim and even sent a photo of her Aadhaar card. “The police personnel were polite after that, but still did not let us go. They said they would wait for her brother to arrive. I was kept in the verandah in the cold,” Ali told the Indian Express.

When asked if the police would be taking action against those who spread the ‘love jihad’ rumour and called the police, an official said no criminal charges were made out though the information was wrong.

A local social activist, Arman Khan, said Ali had approached him for help to get married to Shabeela, who had run away from her parents’ home in Azamgarh. Before the ceremony was to take place, Khan said, some Hindu Yuva Vahini members came around and started asking the couple questions.

Mushtaqeem Ali, the watchman of Ali’s village (Gurmiya in Kushinagar) said he was the one who called the police as some Hindu men approached him with the complaint.

Ever since Uttar Pradesh passed its new anti-conversion ordinance, about two weeks ago, multiple reports have come in of the police stopping weddings and harassing couples, even when both parties are consenting. Last Saturday, for instance, a Muslim man and his brother were arrested in Moradabad, after he tried to get his marriage to a Hindu woman registered. The woman repeatedly told the police that she was getting married off her own free will.

The Moradabad case was the fifth to be lodged in Uttar Pradesh since the anti-conversion ordinance became a law. Last week, a 21-year-old man was arrested in Bareilly under the ‘love jihad’ legislation while seven persons were arrested and eight booked in Sitapur, while 14 persons were booked in Mau and two charged in Muzaffarnagar.

Uttar Pradesh, which has a significant Muslim population, has been first to pass an ordinance or an executive order to tackle  ‘love jihad’. According to the ordinance, a marriage will be declared null and void if a woman converts into a religion solely for marriage. Those wishing to change their religion after their wedding would need to apply to the district magistrate a month in advance.

The state’s cabinet approved the ordinance even though on November 11, the Allahabad high court denounced a judgment by a single-judge bench that chief minister Yogi Adityanath had openly cited as proof that his crusade against ‘love jihad’ had merit.