An 18-year-old boy died during the demonstrations after he was allegedly crushed under a police vehicle. 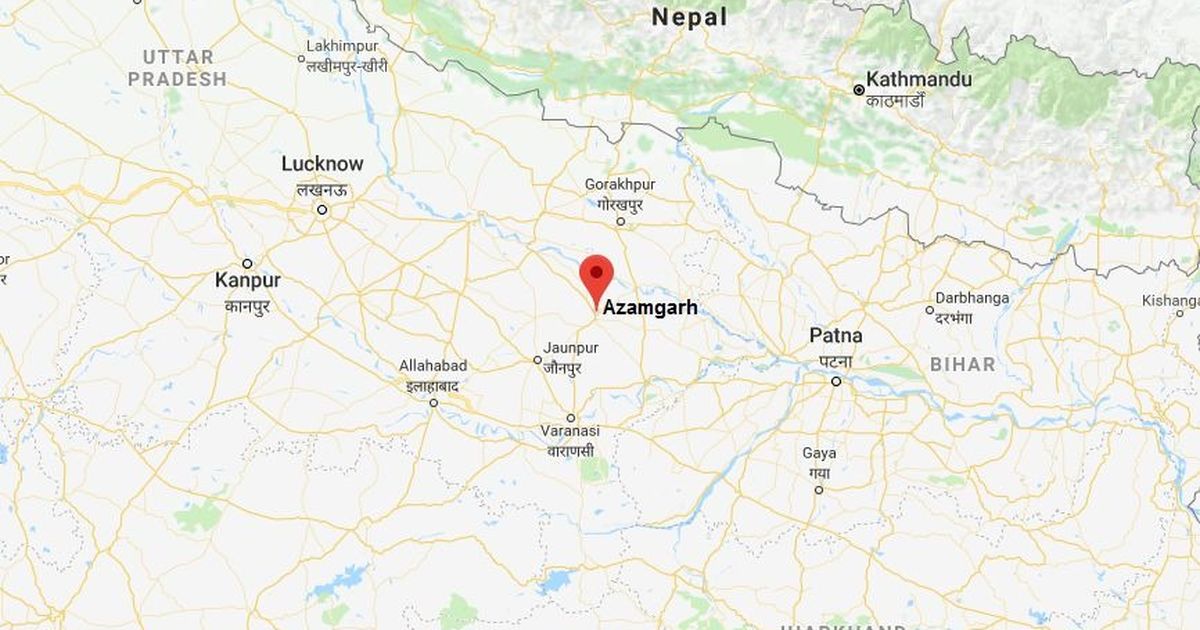 Protests broke out in Azamgarh, Uttar Pradesh, on Saturday after a Dalit village head was shot dead by members of the Thakur community in an alleged case of political conspiracy, The Indian Express reported. An 18-year-old boy died during the demonstrations after allegedly getting crushed under a police vehicle.

The alleged incident took place on Friday night in Bansgaon village, which has around 300 Scheduled Caste families, and about 30 families each from the Thakur and Brahmin community.

The village head, identified as Satyameva Jayate alias Pappu Ram, was taken to a nearby tubewell by one of the accused, where he was allegedly murdered by four men, according to his family.

In her FIR, his wife, Munni Devi, alleged that a man named Vivek Singh had come to their house on the evening of the murder. “He took my husband on a motorcycle to the tubewell nearby,” she added. “Later, Vivek Singh, Suryansh Kumar Dubey, Brijendra Singh and Wasim took him to Singh’s pond. There, they shot him.”

The police have lodged a case against the four accused mentioned in the FIR. Azamargarh Deputy Inspector General of Police Subhash Chandra Dubey told the newspaper the police were going by his family’s claims “till the accused are arrested and questioned”.“It doesn’t matter what the motive is,” he added. “The murder of an elected person is a very serious crime.”

His nephew, who goes by the name of Lincoln, said that after killing him, the four accused went to the village head’s mother and abused her using casteist slurs. “They told her they had killed Satyamev,” Lincoln said. “They asked her to go see his body.

The nephew claimed that several arguments had broken out between Satyamev Jayate and the Thakurs in the recent past. “They were jealous of Satyamev’s stature and the fact that he walked around with his head held high,” the 32-year-old said. “They murdered him because they could not stand a Dalit man saying no to them.”

Lincoln categorically blamed Suryansh Kumar Dubey, who he said, had been trying to force his uncle to give him a letter confirming that he stayed in the village. Dubey has five other cases pending against him, including one relating to charges of attempt to murder.

“Dubey had come over thrice in the past few weeks… My uncle had refused,” he told the newspaper. “On the surface, they made it seem like they had no issue with us, but the Thakurs hated the fact that Dalits had a voice and could stand up to them. This was done to show us our place.”

Uttar Pradesh Chief Minister Adityanath condoled the death of Satyamev Jayate and gave instructions to suspend the person in charge at the Azamgarh police station with immediate effect, News18 reported. He announced compensation for the family under the Scheduled Castes/Tribes Act along with an additional assistance of Rs 5 lakh from the Chief Minister’s Relief Fund.

Heavy police force was deployed in the village on Saturday to quell the protests after angry demonstrators threw stones at the house of the accused. The family of Sooraj, the boy who died in the protests, claimed he was crushed by a police vehicle. “Everyone there saw it,” claimed Deepak, his 18-year-old cousin. “The car had CO [Circle Officer] written on it.”

DIG Dubey said the police was investigating the cause of Sooraj’s death. He added that the administration had ensured that the situation did not spin out of control, and invoked the stringent Goonda Act, Gangster Act and National Security Act against the accused. “We have declared a reward of Rs 25,000,” he said. “We have detained their immediate family members… All four will be arrested soon.”

Bahujan Samaj Party chief Mayawati raised questions about the incumbent BJP government’s way of handling the situation. “The news of the brutal killing of Dalit Pradhan Satyamev Jayate Pappu in Bansgaon, Azamgarh on the eve of Independence Day and death of one more person is very sad,” she tweeted. “What is the difference between the present SP and BJP government in UP, if such incidents continue to happen like before.”