Barring all eight upper caste people, the police have now named a 19-year-old Dalit as the main accused. However, the relatives of the deceased family are again accusing the police of saving people coming from the upper caste. 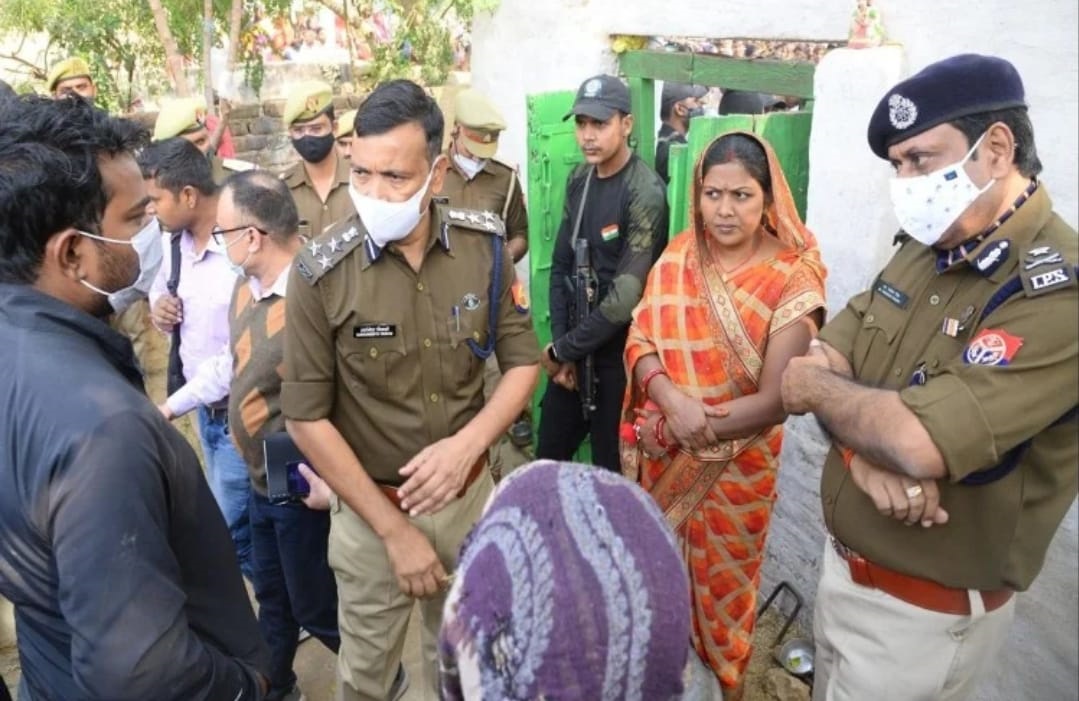 In the Gohri murder case of Prayagraj, the police have released all the eight people of the upper caste who were taken into custody. Now the police have arrested three Dalit youths in the same case. However , the  police have said that two of the three arrested accused will be released soon. According to media reports ,  one of the accused has been sent to judicial custody. His name is Pawan Saroj and he is accused of murder and rape.

Let us tell you that on Sunday , November 28  , the top officials, who claimed to have disclosed the Gohrikand, had told in the press conference that the eccentric lover Pawan had killed the whole family in unrequited love. But many questions are being raised on this claim of the police. For example, how Pawan alone killed the whole family. How many other people were involved with Pawan? Assassin How came into the house ,  raped by many people with her. How the murder was plotted. Pawan remained in police custody for hours ,  but the police could not get the accused to answer any of these questions.

In this case, the police also say that they have not found much evidence against the accused. At present, the police is waiting for the DNA sample in this case. Police said that the victim was not a minor, so now the section of POCSO Act has been removed from the case.

In a statement Robert ADG said ,  “19  -year-old accused had monitors on the girl ,  which led to the murder and rape. He used to tease her. In the last sent the accused Land bed and he was arrested on the basis of developments. “

However ,  in a conversation with the media, the families of the deceased have again accused the police of saving people coming from the upper castes. A family member asked how  a  19-  year-old boy could kill four people . And if her people were ,  so they know where you are and who you are . And if the boy had any affair with the girl, then he would have killed only her ,  why would he kill other people .

At the same time, the sister of the accused Dalit youth said , “The police is saying in its report that he was keeping an eye on the girl . But the day the murder took place ,  he was at home . We are being targeted for being Dalit and poor. The police want to save those who come from the upper caste ,  hence targeting my brother .

The mother of the accused also said that her son cannot do this. At the same time, the families of the deceased have expressed concern about their safety. They say that because now those who belong to other caste have come out ,  they will come to take revenge from them.

Let us inform that even before this, the relatives of the deceased family had made serious allegations against the police. The sister-in-law of the deceased, accusing the police of complicity with the accused, informed the media present on the   spot about the incidents of assault with the family a few days ago. He said that the police is helping the accused. After this, two policemen were suspended.

Rising graph of crime against Dalits

It is worth noting that even many days after the revelations of this mass murder, the police seems to be unable to connect all the links of mutual enmity ,  love and conspiracy. Despite the constant attackers of the opposition regarding the law and order situation, the government has remained silent for the time being. The next year’s assembly elections in the state ,  is such a place after such incidents Government  ‘ lowest crime ‘  and  ‘ better law and order ‘  are standing question mark over the claims.

Among the states and union territories, Uttar Pradesh had the highest number of crimes against SCs in the year  2020  at  12,714  i.e.  25.2  per cent. Whereas during the year  2019  , a total of 45,935  cases of crime against people belonging to the Scheduled Caste / Tribe  ( SC / ST )  community  were registered in India , out of  which  11,829  cases were registered in Uttar Pradesh alone. These figures show that the cases of crime against Dalits are increasing year after year in the state.