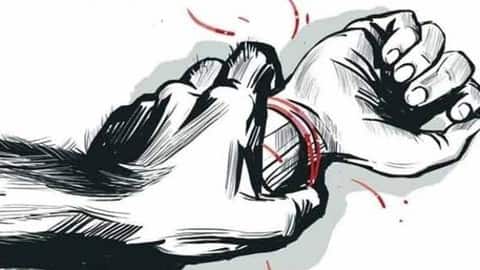 Dalit woman returning home with daughter in Pratapgarh Kunda, Uttar Pradesh was abused. The daughter was beaten up for trying to save. The police has been given the complaint of the case.

A married woman hailing from Manikpur police station area has given Tahrir to the CO. On Wednesday, she was coming home from her maternal home Gyspur Kunda with a daughter. As she reached the canal culvert near the village late at night. When the daughter started buying vegetables, she was standing alone. Just then the village’s young man arrived and seeing him alone, forcibly dragged him along the canal and raped him. When I made noise, beaten me, the daughter reached me and beaten her and ran away, threatening to kill her. The victim has named Tahrir against the accused. CO Jitendra Singh Parihar has denied information about any such incident.

One thought on “UP: young man raped Dalit woman, beaten daughter brutally for trying to rescue”