The caste atrocity occurred in Pallana, a village in Alappuzha district that has a memorial to social reformer poet Kumaran Asan 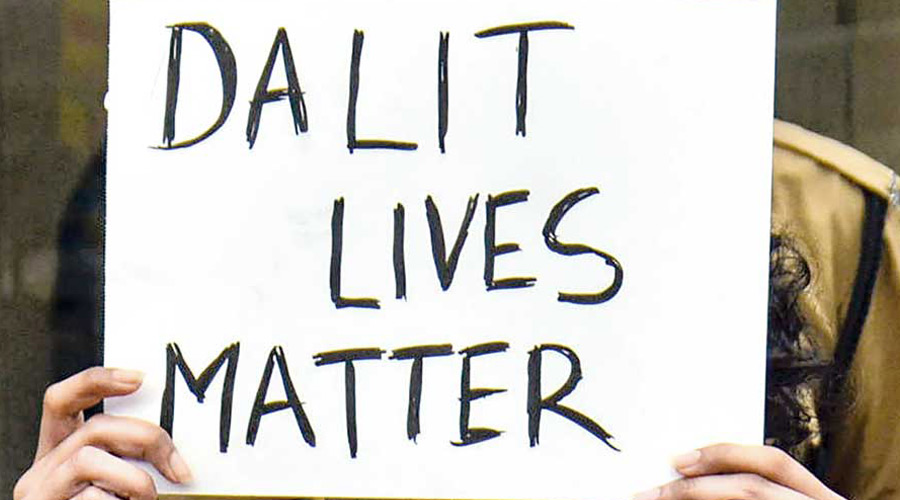 Upper caste families in a Kerala village prevented a Dalit woman who had been allotted homestead land there from unloading construction material to build a house, and the state’s police and Left government allegedly refused to help for eight months.

Chithra, the woman, said the first load of cement blocks was eventually unloaded on Wednesday at the intervention of the Opposition-governed Thrikkunnapuzha panchayat, which acted under pressure from Dalit activists.

The caste atrocity occurred in Pallana, a village in Alappuzha district that has a memorial to social reformer poet Kumaran Asan who drowned in a boat accident in the local backwaters in 1924 and was cremated there.

“I’m very happy today,” Chithra told reporters, adding she had visited the local police station and written to the chief minister, director-general of police, revenue officials and the Scheduled Caste development department over the last eight months but received no help.

Residents of the upper caste neighbourhood at Pallana “didn’t want the area to become a Dalit colony”, fearing that if Chithra was allowed to build a pucca house more homeless Dalits might be allotted land in the area, she said.

The locality is home to sizeable tracts of open government land.

Chithra — a day labourer with a bedridden husband, Dhanesh, and two minor children — lived in rented accommodation at a nearby village but was allotted 5 cents (2,175sqft) of land in Pallana last year under a government scheme for people who do not own homes.

Early this year, the state government sanctioned Rs 4 lakh for her under the Life Mission housing scheme and sent the first tranche of Rs 40,000 about eight months ago. But when two lorries Chithra had hired arrived carrying sand, stones and cement, the neighbours forced them to turn back.

The family now lives on the allotted land, in a shed with a tin roof propped up by wooden poles and a makeshift toilet. The low-lying area gets flooded every year.

Chithra’s luck changed after Dalit activist Mohan took her story to the local media a few days ago.

A Dalit woman, Sujatha, and a physically challenged Dalit man, Anshad, too have been allotted 5 cents of land each near Chithra’s plot. Seeing Chithra’s ordeal, they had so far not made any attempt to build a house.

“What social renaissance are we talking about? In two days we will celebrate the 85th anniversary of the Temple Entry Proclamation, with our leaders using it as another photo opportunity,” he told this newspaper.

Non-Brahmins, making up more than 95 per cent of Kerala’s Hindu population, were denied entry to the sanctums of temples till the proclamation of November 12, 1936 – a culmination of spiritual leader and social reformer Narayana Guru’s efforts to end Kerala’s oppressive caste system.

Sudhakaran cited how Dalit PhD scholar Deepa Mohanan had undergone a 10-day hunger strike in Kottayam alleging caste harassment by the director of her institute.

“We have many more Deepas in Kerala, which is a so-called progressive state. Those who commit such atrocities must be arrested on criminal charges,” Sudhakaran said.

Rights activist C.R. Neelakandan too said: “Such caste atrocities happen regularly across our state because very few perpetrators get punished.”

Last year, it emerged that Dalits in an Idukki village were being denied haircuts at barber shops frequented by upper caste men. In January this year, a Palakkad public crematorium’s refusal to incinerate a Dalit woman’s body revealed another skeleton.

Dalits have been banned from the Shri Jatadhari Devasthanam temple in Kasaragod for the past few years after they protested caste discrimination at the shrine.