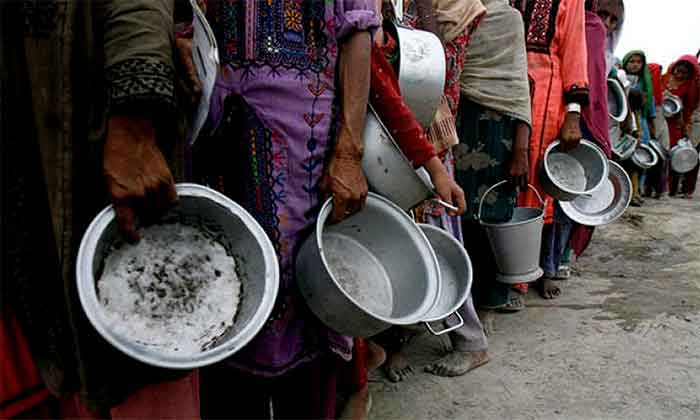 When the government announced special Covid relief and stimulus package, perhaps the most welcomed feature was that of free food grain ( mainly cereals and a little pulse ) for the needy sections of society. Despite several limitations, this fulfilled an important need in a society experiencing widespread hunger in Covid times. When this provision was extended up to November then this step got even more appreciation for the Union government even from some of its well-known critics.

But now November is over and these free food rations are no longer available. As conditions of widespread hunger still persist there is an urgent need to extend these food rations for at least another six months. The former commissioner on right to food and related issues appointed by the Supreme Court Dr. N.C. Saxena, who is also a retired very senior civil servant with very valuable experience in government development and relief schemes, has also strongly recommended the extension of this scheme for at least another six months or so.

An important reason he gave for this was that the government’s granaries are full and there are storage problems as well. The government has to incur additional storage schemes for storing grain in excess of capacity and the normal buffer storage needed for meeting any emergency situation. In this situation there is also the possibility of a lot of grain becoming  stale and spoiled . On the other hand there are so many hungry and poor people in the country, their number increased and their condition worsened by Covid related factors including large-scale loss of livelihood, denied wages and reduced earnings, who need this grain.

The Right to Food Campaign and other organizations working on hunger and food security issues have also conducted surveys and studies  which clearly show that the hunger situation remains very serious in the country. In fact significant hunger problem existed even before Covid and this has increased further in Covid times. In winter months the pangs of hunger are felt in  more cruel and difficult ways. Hence the need for immediately extending the free food ration scheme is quite  urgent now and fortunately our country has enough stocks in its granaries for such an extension to be not only possible but also quite bearable in cost terms as some of the additional costs of storage can be avoided by efficiently distributing grain among people who need this the most.

After all the primary purpose of food is to end hunger and no other more important and relevant use of food has been found to exist. No one can deny this, not even those policy-makers who have an unexplained tendency to be very stingy about making any significant allocations for the poorest people. This is a demand which needs widespread support and there should not be any delay on the part of the union government in accepting such a well-justified and relevant demand.

Bharat Dogra is a freelance journalist who has been involved with several social movements.