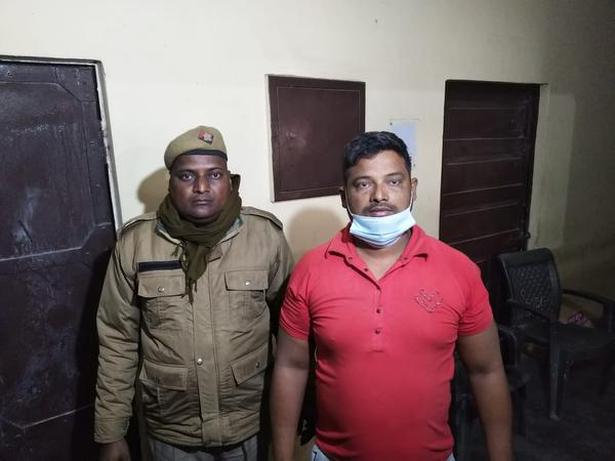 Saleem Khan (right) has been arrested by Bulandshar Police for tweeting a video against Prime Minister Narendra Modi. Photo: Twitter/@bulandshahrpol

A 31-year-old man has been arrested in Uttar Pradesh’s Bulandshahr district for allegedly making objectionable remarks against Prime Minister Narendra Modi in a social media post, police said on November 15.

Accused Saleem Khan was held by a Kotwali Dehat Police team after a complaint was lodged in the case by the district’s cyber cell on November 14, an official said.

“The accused had posted a video on Twitter in which he had made objectionable remarks against the Prime Minister. Several people had notified the matter to the local police regarding the objectionable content after which the action was taken,” SHO Kotwali Dehat Narendra Kumar Sharma told PTI.

He said the accused, a local resident, is educated but there was no clarity on his occupation.

Mr. Khan has been booked under relevant provisions of the Information Technology Act and the Indian Penal Code, Mr. Sharma added.