Adivasis settled in West Godavari district’s Reddygudem said that the issue has been brewing for some time and recently resulted in a street fight.

Two groups recently resorted to a street fight in Andhra Pradesh after around hundred households in Reddygudem, a hamlet where Kondareddis, a particularly vulnerable tribal group, reside, alleged that they were threatened to leave forest lands by non-tribals. Forest land is the mainstay of these residents, displaced by the Kovvada Reservoir in 2001 and rehabilitated in Reddygudem colony of Buttayagudem mandal in the agency area of Andhra’s West Godavari district.

On December 8, Krishnaveni, a local, was attacked with knives and sickles allegedly by non-tribals of a neighbouring village, LND Peta of Polavaram mandal, and suffered injuries on her right arm. In a police complaint lodged on the same day, Krishnaveni said, “The community was discussing a village festival, when some non-tribals from LND Peta approached us and abused us and used filthy language. They were carrying weapons like knives, sickles and sticks, and threatened us to leave the village, saying that they would kill us otherwise.”

In the complaint, Krishnaveni said that the attackers held her hair, pushed her to the ground and attacked her, and demanded legal action. A complaint was registered under Sections 324 (Voluntarily causing hurt by dangerous weapons or means), 509 (insulting the modesty of a woman) and 506 (Criminal intimidation) read with 34 (Acts done by several persons in furtherance of common intention) of the Indian Penal Code (IPC). 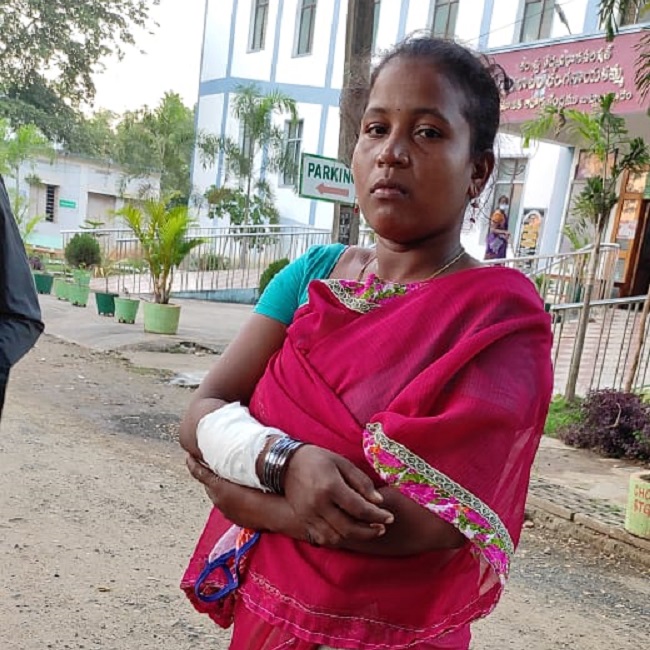 Adivasis of Reddygudem allege that the police also foisted cases against leaders of Adivasi Sankshema Parishad who are supporting them and local tribal people in the dispute. The locals say that the issue had been brewing for some time and recently resulted in the street fight. Kopala Latchireddy, a local, alleged that government officials and political parties are hostile towards them and were supporting the non-tribal people. He alleged that non-tribals of LND Peta are raising a dispute over their lands on flimsy grounds and blocking the process of determination of forest land rights.

The Kondareddis say that they are deprived of their forest land rights ensured under the Scheduled Tribes & other Traditional Forest Dwellers (Recognition of Forest Rights) Act 2006 (FRA) owing to the indifference of government officials. The FRA is intended to correct a historic injustice done to adivasis and other traditional forest dwellers. However, officials have been dillydallying for the last one decade, which paved the way for non-tribals to stake claim on the forest lands of adivasis.

The present issue dates back to 2011, when 83 adivasi households filed individual claims for grant of patta (title deed) over 156.83 acres of forest land situated within the Kovvada forest with the Gram Sabha, the primary adjudicating body under the FRA. The Gram Sabha approved the claims and forwarded them to the next body, the Sub Divisional Level Committee (SDLC), chaired by the Revenue Divisional Officer of Jangareddygudem.

The adivasis say that their woes started thereafter. In 2012, the SDLC rejected their claims stating that the land was located within the area of the Vana Samrakshana Samithi (VSS) in Rajanagaram. The VSS is a committee that is supposed to oversee the protection and development of degraded forests, and ensure that no smuggling takes place.

In 2013, the Special Chief Secretary to the government ordered that the titles granted to the VSS in the state be withdrawn as per the Ministry of Tribal Affairs (MOTA) instructions that same year. The order also sought the expedition of the process of resolving claims of individual and community forest rights on VSS lands as per the FRA. Titles for community rights can only be issued to the Gram Sabhas and the issue of titles to VSS were illegal, the order stated. As per these directions, the SDLC should have granted the pattas to the Reddygudem adivasis.

In 2013, the tribal claimants filed an appeal before the District Level Committee (DLC) chaired by the District Collector. Kopala Latchireddy, who was the petitioner, said their appeal has not yet been taken up by the DLC. The adivasis allege that the non-tribals instead obtained an interim order from the High Court in May 2020, which restrained them from entering the forest lands, and snatched away their cashew crops. The High Court disposed of the case in July 2020 for determination of the rights claimed by non-tribals over the forest lands as per the provisions of FRA.

Besides this, the adivasis also cite Government Order (GO) 102 from 2008, which disallows non-tribals to claim rights over forest lands in Scheduled Area since the Land Transfer Regulations (LTR) would have an overriding effect over other statutory laws like the FRA. As per these regulations, occupation of government lands by non-tribals in Scheduled Areas is illegal, the adivasis argue. 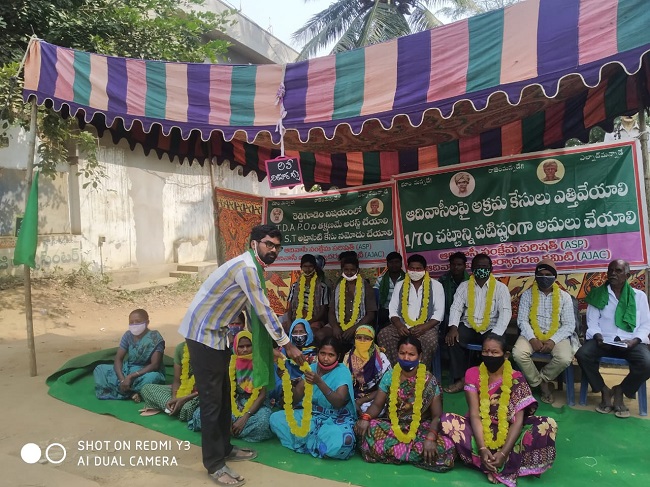