Athram Bhujanga Rao and his wife Suguna, residents of Utnoor, are School Assistants who are also members of the Human Rights Forum. 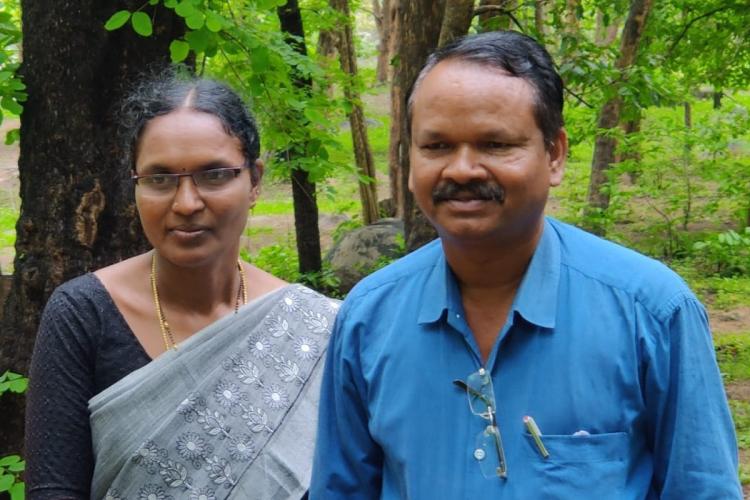 “I don’t know if I am being falsely implicated because I am raising my voice for the Adivasis, and if they [the government] want me to remain silent,” says a worried 53-year-old Athram Bhujanga Rao. Rao and his wife Suguna —  both teachers in Telangana — have been booked under the draconian Unlawful Activities Prevention Act (UAPA), the Telangana Public Security Act and are accused of criminal conspiracy along with several other charges by the Tadvai police.

For nearly three decades, Bhujanga Rao, a resident of Utnoor in Adilabad district which has a high percentage of Adivasis, has been relentlessly fighting for the upliftment of the tribal community along with his wife Athram Suguna. Both of them from the Gond community (categorised as Scheduled Tribes), are key members of civil liberties group, Human Rights Forum (HRF).

In his 33-year-long career, Bhujanga Rao, Telangana HRF vice president, has faced disciplinary action for participating in protests multiple times. Bhujanga Rao, who works as a School Assistant in Telangana Tribal Welfare Residential School in Indravelli of Adilabad district, has been pulled up by the district heads several times, asking him to either quit his activism or continue with it after resigning from his government job. Unfazed by these warnings, he has continued to fight for the rights of the Adivasis. Suguna, who is a School Assistant at the Zilla Parishad School in Utnoor, has been a government school teacher for the last 10 years. However, the latest charge by the police against the couple has put them under severe distress.

Another HRF member, Kanaka Venkeatesh, also a teacher, has been included in the case. The three HRF members are accused of having association with the banned extremist CPI (Maoist) party. 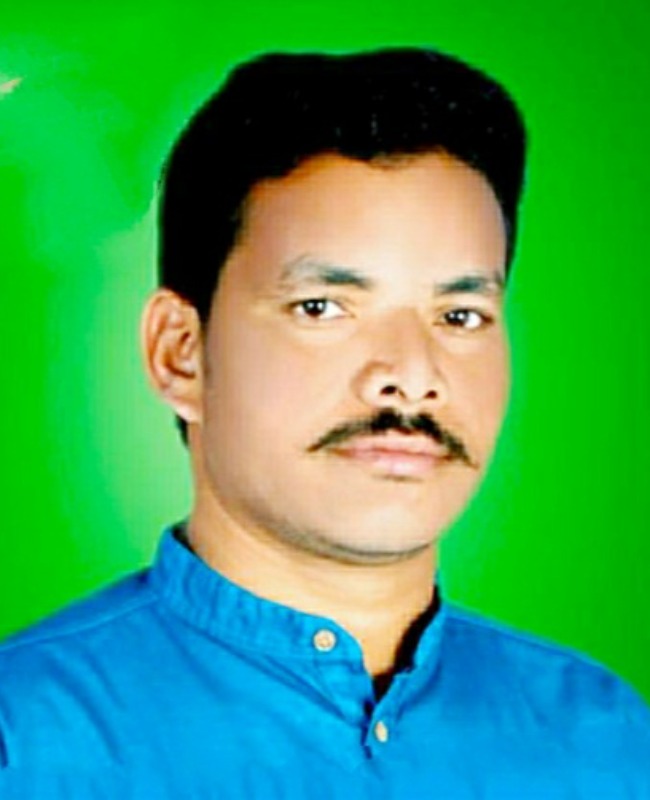 The Tadvai police of Mulugu district on November 2, arrested four persons —  Daggatla Suman, Chanda Maheshwar, Siddam Jangadev and Thatipamula Ramesh —  when they were about to leave for Chhattisgarh allegedly “to hand over party literature to the banned CPI Maoist party leaders —  Haribushan, Damoder, Kankanala Raji Reddy and Mylarpu Adellu.”

During the inquiry, Suman, reportedly the state president of Telangana Adivasi Student Organisation, allegedly confessed that he was attracted to the Maoist party. He allegedly named Bhujanga Rao, Suguna and Venkatesh as other members supporting the Maoist cause by funding them and trying to recruit members for the party.

Speaking to TNM, Rao says, “I have no involvement in this case. I am a government employee working in Adilabad district. It is understandable if I am actually involved in any such activities without the knowledge of Adilabad district authorities, but they have booked me in some cases which happened in Mulugu district. I had no knowledge about the case and neither did our district officials until the news was published in the newspaper.”

“The authorities who ought to protect the law framing us falsely in this way is not at all right,” he alleges. “I don’t know if I am being falsely implicated because I am raising my voice for the Adivasis, and if they want me to remain silent. Without such a case, if at all they wanted us to not question the government as its employees, they should have warned us and we would have obliged, but implicating us in a case in which we are not involved is unacceptable. The authorities should drop the charges,” he adds.

Denying any association with any political parties including the Maoist party, Rao adds that all the welfare activities undertaken by them have the participation of the government. An anxious Rao has already met the Adilabad District Superintendent of Police to disassociate himself from the case.

Nevertheless, following these accusations, the careers of the couple have been jeopardised.  The couple received memos from the District Education Officer on November 23, asking them to appear before the inquiry and give their statement of defence within a week. If found guilty of their “participation in any strike, or similar activities or incitement,” in violation of the Civil Service (Conduct) rules, they will face action.

Condemning the police accusations, HRF in a statement, said, “All three are teachers in government schools. It is a reflection of the illiberal times we live in that the police, in open abuse of the legitimate powers vested in them, can file FIRs stacked with outrageous and barefaced untruths.”

HRF further said, “HRF is not a surrogate or front of any political party. We were formed in 1998 with the firm conviction that a broad-based and truly independent human rights movement is desirable and possible. We believe that the essence of human rights is the notion of equality in human value and worth. HRF shall continue to work for the protection of Constitutionally/Internationally recognised rights of the people and for the right of the people to propose and strive for new rights not yet recognised in national or international law. We will continue to endeavor for the spreading of a human rights culture in society. We demand that the fabricated accusations in the FIRs be immediately dropped.”