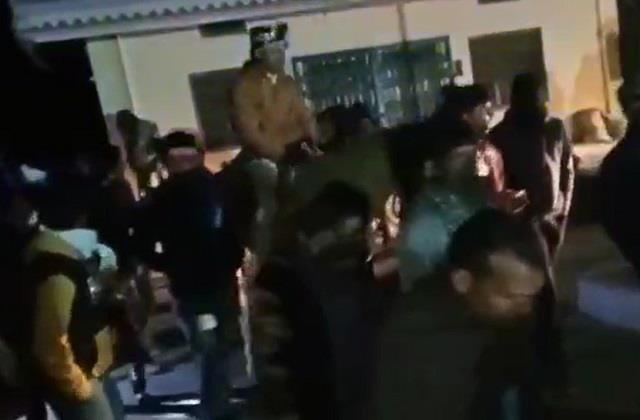 Mandsaur (Preet Sharma). Even in the 21st century, caste discrimination does not seem to end. The government is making lakhs of claims, yet the high and low of Dalits is not ending.

A new case has come to light from Mandsaur, where a small village in the district was beaten up by bullies for stopping the downtrodden of the Dalits. Taking action in the entire case, a case has been registered against 8 Dabangs.

In Guradia Mata village of Shamgarh police station area of ​​Mandsaur district on Saturday, February 6, the Dabangs stopped the bindings of a Dalit. After stopping Bindoli, his family members, including the DJ-running young man and the groom, were beaten up and humiliated using racist words.

When the police came to know about the matter, the police reached the spot and explained to everyone. Bindoli was taken out again late in the presence of police. The domineering of the village, even in the 21st century, does not want any Dalit to sit on a horse and take out his bindoli in front of their houses.

Controversy erupted just on this matter, the police on several complaints including the SC-ST Act on 8 Dabangs in the village on the complaint of the groom’s uncle Mukesh father Nanda Meghwal for assaulting the groom Deepak’s father Radheshyam Meghwal and others. A case has been registered and arrested. There is peace in the village at the moment.

What did Mandsaur SP say on the incident

On Saturday night, it was reported from Guradia of Shamgarh police station area that some people have stopped a procession, on which the police reached the spot immediately and the procession came out. In the case, 8 people have been arrested by registering a case.