Why are Dalit-Bahujan students leaving JNU during studies during the Corona epidemic?

According to information from RTI, 98 students of JNU’s School of Social Sciences have dropped out of MA and MPhil studies during the Corona epidemic. Among them, more than 90 percent were Dalit-Bahujans. Nikhil Kumar is explaining the reasons for this

Whenever an epidemic occurs in the world, it undoubtedly harms all sections of society, but the biggest victims of the epidemic are socio-economically marginalized social classes. The Corona epidemic has affected the already marginalized Bahujan community in India socially, economically, educationally, psychologically.

NINETY PERCENT OF DALIT-BAHUJANS IN DROPOUT

Recently, an RTI report in relation to the country’s prestigious Jawaharlal Nehru University, New Delhi (JNU) has revealed that many of its new students, who had enrolled in the university, did not get economic social conditions and basic facilities. Due to compulsion, he left his studies. According to the information sought under RTI by Angh Pradeep, counselor and student of School of Social Science, 98 students have dropped out of MA and MPhil from March 2020 to March 2021 at the Social Science School of Jawaharlal Nehru University. Among them, more than 90 percent are Bahujan students. This position is of a university school. There is no information about the remaining other schools. If we look at it in the perspective of the whole of India, then we will get an even more frightening picture. 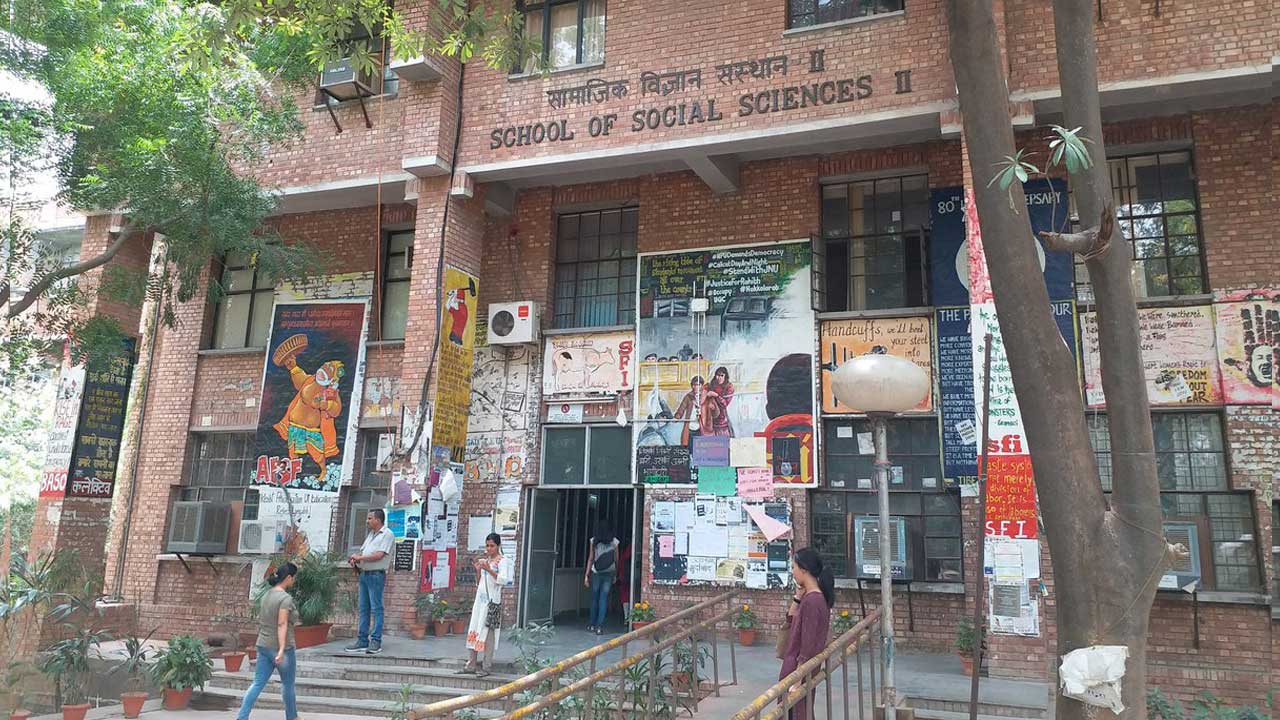 JNU’s Birsa Ambedkar Phule Students Association (Bapsa) president Om Prakash Mahato believes that the main reason for the drop-out is that the situation has been skewed for Dalit-Bahujans in JNU. He explained that at its root is the agitation that took place a year and a half ago to increase fees. The JNU administration had then increased the fees for all courses. The agitation was then called upon by the JNU Students’ Union. Bapsa and other student organizations were also involved in this. The exams taken by JNU were boycotted in order of this movement. Later, when Corona started to wreak havoc, the university administration talked about taking an online test. The situation then was that the administration was repeatedly asked to vacate the campus. In such a situation, many students had gone to their respective homes. Many of these students, who belonged to Dalit-Bahujan families and were not financially competent and also lacked internet, So they could not take the online exam. It was in this circumstance that the JNU administration considered him a drop-out. However the Dwijs who were able to join the JNU Students Union came forward in this matter. They were also agitating on one side and taking online exams on the other side. ”

Mahato said that “Even today, under the banner of Bapsa, we are demanding the JNU administration to take the offline examination and the students who cannot take the examination, their studies can be regularized.”

However, it is not an exaggeration to say that due to online education, the fundamental right to education of children is being violated the most, which is putting the burden on the Bahujan society. The question arises whether Manusmriti is implemented again and Bahujans are being kept away from studies?