Women tortured:Only to have children to marry a dalit woman, after 22 years, trying to get a son out of the house with two daughters

Punjab Scheduled Caste Commission member Karanvir Indaura arrived to know the condition of the woman injured in the domestic violence hospitalized in Abohar.

A case of domestic atrocity has been reported in Abohar in Fazilka district. After about 22 years of marriage to a woman, the in-laws tried to evict them from the house with two daughters. During this attempt, he was beaten up publicly. A video of this incident has also gone viral on social media. It can be seen how one person is holding a woman and the other is raining poles. Other women in the family can also be heard saying that beheading…. The injured woman has been admitted to the hospital, while the SC Commission has taken strict note after the video of the incident went viral. 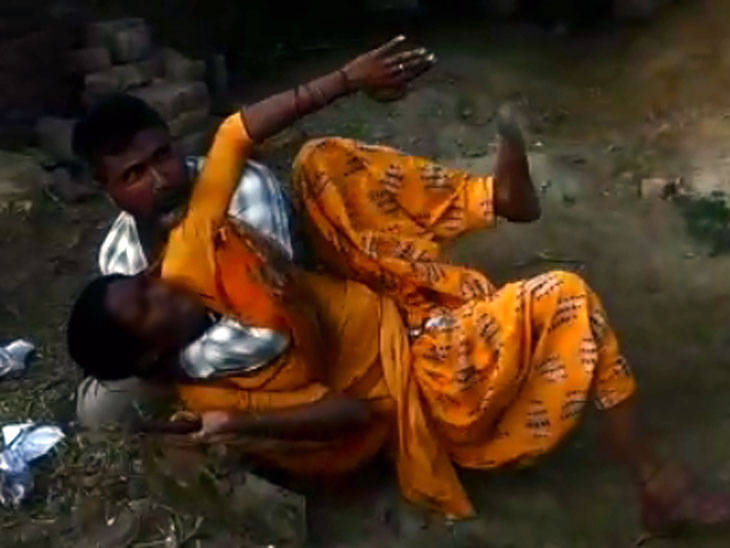 In the viral video, the picture of the captor assault, after coming to notice, the SC Commission has directed the police to take strict action.

The woman undergoing treatment at Abohar Government Hospital is resident of Sarabha Nagar in the city. He says that he was married to Jagtar Singh of Alamgarh about 22 years ago. Despite being from the Jattsikh family, Jagtar was not getting married. Due to this, he went out of caste bond and married this Dalit woman. She is the mother of two daughters and a son. Now Jagtar Singh and his family kept the boy with him, but asked the woman to leave the house with daughters. On protesting her husband Jagtar and other family members beat her.

He has been admitted to the hospital after being badly injured, while the video of this incident has also gone viral on social media. Since the woman belongs to SC family, SC Commission has taken cognizance in this matter. Punjab Scheduled Caste Commission member Karanvir Indaura met the hospitalized woman and got to know her condition. He condemned the incident and directed the police to take strict action against the family concerned.