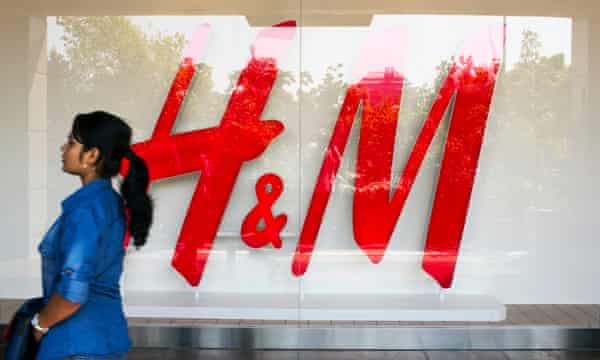 The family of a young garment worker at an H&M supplier factory in Tamil Nadu who was allegedly murdered by her supervisor said she had suffered months of sexual harassment and intimidation on the factory floor in the months before her death, but felt powerless to prevent the abuse from continuing.

H&M said it is launching an independent investigation into the killing of Jeyasre Kathiravel, a 20-year-old Dalit garment worker at an H&M supplier Natchi Apparels in Kaithian Kottai, Tamil Nadu, who was found dead on 5 January in farmland near her home.

According to police reports, a man working as a supervisor at Natchi Apparels has reportedly confessed and been charged with her abduction and murder. Her family allege that she was also raped and are awaiting the result of a forensic report.

The family and a local union representing female workers at Natchi Apparels claim that Kathiravel had attempted to report the harassment and intimidation she was suffering at work, but no action was taken. They also allege that gender-based violence at the factory was widespread.

“Her family and co-workers have told us that Jeyasre was being harassed at work but nothing was done,” said Thivya Rakini, state president of the Tamil Nadu Textile and Common Labour Union (TTCU), which represents women working at Natchi Apparels.

“Many workers we have spoken to say they are facing the same problems but either don’t know how to report grievances against their supervisors or say they are afraid if they speak out they will face retaliation.”

The factory is owned by Eastman Exports, India’s fourth largest garment export company, which is a large supplier to H&M and other western brands.

Kathiravel had been working at the H&M supplier for more than two years in order to put herself through higher education, her family said.

“She was the first in our family to have the chance of having a life outside the garment factories,” said Muthulakshmi Kathiravel, the victim’s mother. “My daughter told me that she was being tortured at work. I do not want other people’s daughters to suffer the same fate.”

H&M said it has zero tolerance for gender-based violence in its supply chains. It said it is launching an independent third-party investigation of alleged incidents of harassment at Eastman Exports and is working to improve worker safety in its factories in Tamil Nadu.

But international labour rights groups the Asia Floor Wage Alliance (AFWA) and the Global Labor Justice-International Labor Rights Forum (GLJ-ILRF) claim that H&M’s apparent failure to police its own codes of conduct on gender-based violence or to ensure that there was a “responsible process” after Kathiravel’s murder had put the family and other women working in its supply chain at risk.

“We believe the continued sexual harassment that has been reported to us, followed by the rape and murder of Jeyasre Kathiravel, is a direct result of Eastman Exports and H&M’s failure to respond to the extreme and widespread conditions of gender-based violence and the ongoing violations of freedom of association facing workers in Natchi Apparel,” said Anannya Bhattacharjee, international coordinator at AFWA.

The groups also accuse H&M of failing to adequately intervene to stop the alleged intimidation of Kathiravel’s bereaved family by Eastman Exports managers in the weeks after her death.

After their daughter’s body was found, the family say they faced mounting pressure to accept financial compensation and sign documents releasing the H&M supplier of any responsibility for Kathiravel’s death. There is no suggestion that H&M was aware or party to this.

On 29 January, the family claim that Eastman Exports managers brought a mob of 50 men to their village who forced their way into their home and demanded that they accept a cheque for £5,000 (500,000 rupees) and sign documents they had not read.

In videos seen by the Guardian of the incident, Kathiravel’s family and women from the TTCU, the union which supports local garment workers, can be seen surrounded by a large crowd of men shouting at them to sign papers. Kathiravel’s mother, Muthuakshmi Kathirvel, was taken to hospital after the incident and said it had left her fearing for her life.

“I did not want to sign documents but they forced me to, threatening me and my family.”

She said that she wanted there to be an investigation into the failure to protect her daughter from sexual harassment and for the TTCU union to be allowed into negotiations to speak for the workers.

In a statement, Eastman Exports said that the intention for the visit to the family’s home had been to provide financial support to the victim’s mother “at this difficult time”.

“We understand that this outreach may have created the impression of us pressuring or influencing the deceased employee’s family. We have instructed all our management staff and persons representing Eastman to put on hold any outreach for now.”

Eastman Exports also said it had zero tolerance for gender-based violence and that there were credible internal complaints procedures in place at its factories. It said the factory had received no reports of harassment from Kathiravel and that an investigation by a local NGO had concluded that Kathiravel and the man charged with her murder were “deeply in love” and that the family did not hold the factory responsible for her death.

International labour groups said H&M must use its power as a foreign buyer to ensure that any gender-based violence was eradicated from Eastman Exports factories and across all its supply chains.

“Fashion brands [such as H&M] that contract with Eastman Exports advertise codes of conduct and sustainability programmes. Yet at the bottom of their supply chains is a pattern of harassed women workers and a grieving mother met with a mob,” said Jennifer Rosenbaum, executive director at GLJ-ILRF.

Rosenbaum said that in 2018 a report by GLJ-ILRF uncovered multiple cases of gender-based violence in H&M’s supply chains but that the findings had not resulted in any significant response from the brand.

In a statement, an H&M spokesperson sent condolences to the family and said: “The trade unions involved have explicitly asked us not to terminate the business relationship with the supplier in question, and instead actively work to strengthen the workplace safety. We are therefore in close contact with the supplier and have set some immediate and urgent actions that we expect them to complete in order to demonstrate how they can guarantee a workplace free from harassment.”

It said any future relationship with Eastman Exports would depend on the outcome of an independent third-party investigation.