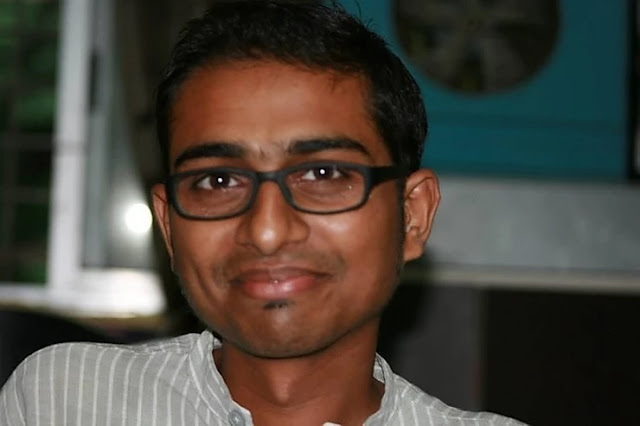 A compassionate human being, always popular among his friends and colleagues because of his friendly nature and human sensitivity, 33-year-old Mahesh Raut, champion of the democratic rights of the marginalised Adivasi people of Gadchiroli, Maharashtra, has been in prison for over two years now.
He was arrested in connection with the violence on the occasion of commemoration of the victory of Dalit community of Mahars over the upper caste Peshwas in 1818 at Bhima Koregaon held on January 1, 2018. He has been falsely accused of inciting violence and of having links to Maoists. He is youngest among the 16 activists who have arrested in this case so far.
Why should we care about this case? Because Mahesh is fighting for our right to free speech and democratic expression of dissent. In his case, and equally for us, that means the right to hold views and opinions against perceived injustices. We would think there should be nothing wrong with that. We would want such a protection to be in place for everybody. The current government disagrees. They do not want Mahesh to speak up in support of the people of Gadchiroli.
Mahesh was forced out of action so that any residual impedance against daylight robbery by big mining companies could be removed. These companies continue to exploit valuable minerals in the tribal areas where he helped people organise and stand up peacefully for their collective rights. How can speaking up and organising be a crime? We, the people through our constitution have mandated the government to protect such rights in Article 19 (a), (b) and (c) as fundamental rights.
Mahesh was about to use the judicial system to file a petition to help our fellow citizens from having their lands mined against their will. Our government, however, does not like the judicial system to be used when it is against their corporate overlords. There are now half a dozen corporate mining giants ravaging the natural environment of the region.
How much of the Rs 4,745 crore of the taxed revenue from mining companies in Gadchiroli in 2019-20 is being transferred to the locals? The per capita monthly 2017-18 income here was a mere Rs 7,144. Mahesh was simply fighting for a more equitable economy essentially. It is no surprise that after his arrest 300 Gram Sabhas passed a resolution in his support.
It demonstrates the support he has in the area because of his work related to implementation of Panchayats (Extension to Scheduled Areas) Act, The Scheduled Tribes and Other Traditional Forest Dwellers (Recognition of Forest Rights) Act and other programmes and schemes of the government in the interest of tribals.
For example, because of his efforts exploitation of tribals at the hands of middlemen engaged in tendu leaves collection work had stopped to some extent. Overall there was a general feeling of empowerment among tribals due to his work. In any other government, he would have been rewarded for his work.
The police filed a 20,000 page chargesheet against Mahesh.
They dusted off their standard operating procedure which was to throw at him everything they could think of — Sections 34, 121, 124A, 153, 121A, 117, 120B and 505(1)(b) of the Indian Penal Code (Section 124A, “sedition”, a British era archaism, is a perennial authoritarian government move.

Mahesh is masters from Tata Institute of Social Sciences, Mumbai, and has been a fellow of Prime Minister Rural Development Programme

But Mahesh is on hallowed ground here with the likes of Tilak, Gandhi and others against whom the same section was invoked by the imperial government). The government has kept him jailed under Unlawful Activities Prevention Act — one of India’s several notoriously draconian laws and the government’s favourite go-to bogeyman which makes it impossible to obtain bail.
Mahesh’s passport had been confiscated well before 2018 and his family is grounded in Maharashtra. In court, it was highlighted that Mahesh possesses a masters degree from the Tata Institute of Social Sciences, Mumbai, and has been a fellow of the Prime Minister Rural Development Programme  (PMRDF) for two years when he worked closely with government officials in Gadchiroli. That he is inside jail during a raging pandemic and that he has a debilitating medical condition, acute ulcerative colitis.
The court still denied him his freedom, citing additional inability under Section 43D(5) of the UAPA and in rejecting his bail said – among other criminal things that he was accused of – that Mahesh was part of an organisation engaged in “managing affairs of funds, recruitments and deciding policies, which were anti-government…”
Seventy nine of his PMRDF colleagues and former rural development minister Jairam Ramesh have signed a statement in Mahesh’s support and have asked for his immediate and unconditional release. The hasty police action against Mahesh has been described in the statement as state government’s response to increasing exertion of oppressed class against sustained caste atrocities in the state.
One may or may not agree with Mahesh or his positions. Yet,, the fact is, the right to free speech is only meaningful when the government protects the right of people to say things that others or the government itself does not agree with. What’s the point of the right to free speech (and peaceably assembling and organising) if the government only protects those whose opinions everyone and the government agrees with?
Mahesh has chosen to dedicate his life towards improving the lives of the dispossessed people of the Gadchiroli region — arguing for their betterment by standing up to powerful unjust forces. Any one of us could be in a situation where we might want to state an unpopular opinion against the government or against a powerful company.
Imagine if we were hauled off to jail, accused of evidence-free crimes and subjected to a law whose existence turns the principle of the presumption of innocence on its head (guilty until proved innocent), and no one spoke up for us.
We have to protect individuals like Mahesh to protect civil liberties of people in this country. We have to tell the government that they cannot ride roughshod over people’s rights. Mahesh Raut needs to be released now and all charges against him be dropped.
—
*Associated with Socialist Party (India)
Share
Facebook Twitter Pinterest Linkedin